Home All The News Southgate defends substitute call for England 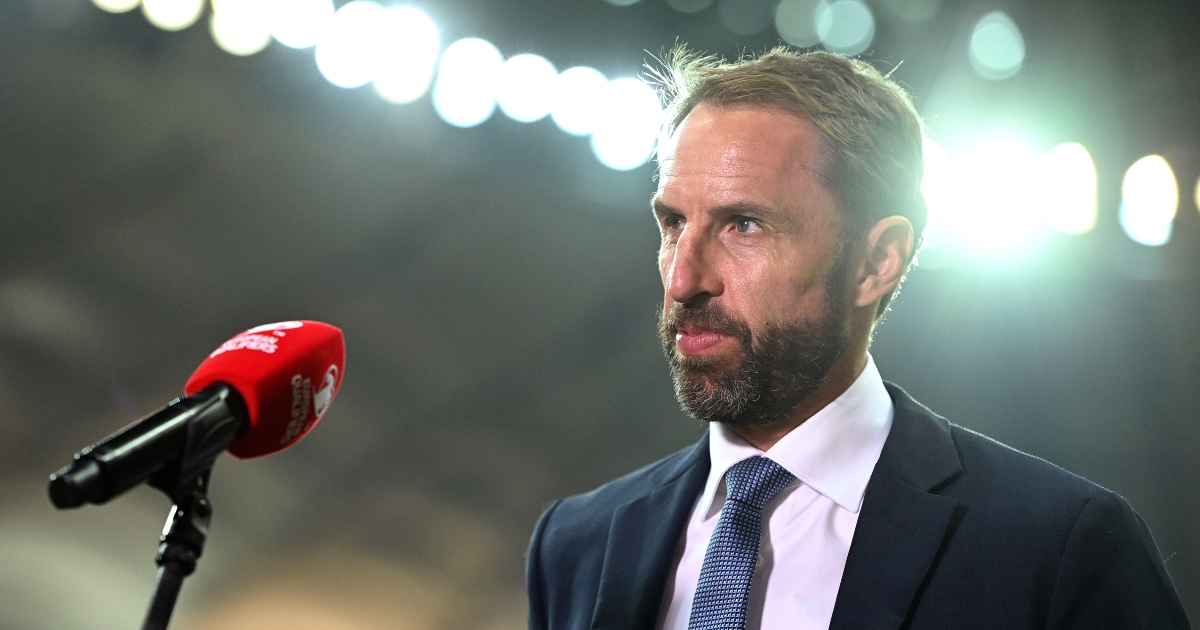 England boss Gareth Southgate has defended his decision to not make any substitutions in his side’s 1-1 draw with Poland in Warsaw.

Less than two months on from the crushing penalty shoot-out loss to Italy, the Three Lions regathered their thoughts and returned with back-to-back 4-0 wins against Hungary and Andorra.

England looked set to end the September triple-header by maintaining their 100 per cent record on the road to Qatar after captain Harry Kane scored a superb 30-yard strike.

But substitute Damian Szymanski’s stoppage-time header secured Poland a draw, where Southgate’s frustration at the result was tempered by the players’ work throughout the meet-up.

“In terms of the game, I thought it was a difficult start in that Poland pressed us well,” the England manager said.

“We lost possession a couple of times in our own half, which gave them a lift.

“They were difficult to penetrate all night. I mean, their back five and the three in front did a good job of shielding the goal.

“Although we totally dominated the second period, probably the one criticism would be we didn’t really create clear-cut chances tonight and at times didn’t get enough men in the box.

“We had lads hanging out of the box when we really needed to commit getting into the box a little bit more. So, of course at 1-0 you always run the slight risk of a moment.

“We nearly had one with the goal-kick charged down and in the end we concede late, which is of course a disappointment. But across the 10 days the players have been together, they’ve been fantastic.

“We couldn’t be sure what sort of reaction we would have after the summer, but we had a really positive one and I think the two away games we’ve given, in the main, really mature performances.”

Wednesday saw England drop points for the first time in this World Cup qualification campaign, allowing Albania to cut their lead at the top of Group I to four points.

Southgate made 11 alterations in Poland as he reverted to the side that won so impressively Budapest, but the Three Lions boss surprisingly decided against making any substitutions.

Asked if he had been tempted to make changes in the final 10 minutes, the England boss said: “No, because we were in total control of the game.

“To bring players into that moment when everybody was performing to a good level and we were in control of possession, you can put players into the game who’ve had to sit in the stand and it’s not so easy to come in in those latter stages.

“There were a couple of times where we looked at it and said ‘no, they’re doing well, no problem’. We were going to refresh the wide players right at the end but really that would have been to run the clock down as much as anything.