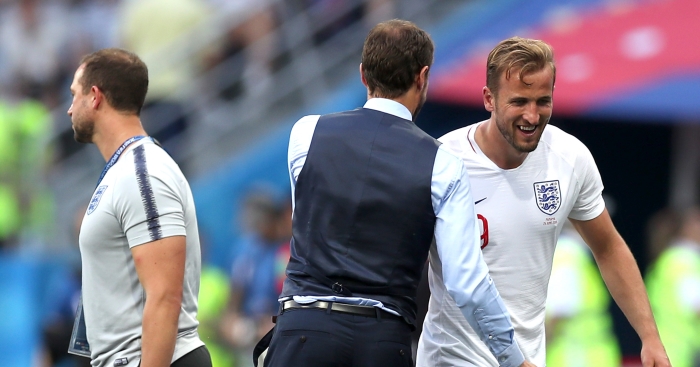 Gareth Southgate will take Harry Kane out of the firing line for Tuesday’s friendly against Switzerland in a bid to protect the England captain from burnout.

The Tottenham striker is considered irreplaceable by both club and country, leading to concerns over fatigue as he continues to shoulder a draining burden.

He played for 573 minutes at the World Cup this summer, picking up six goals and the Golden Boot along the way, and has started 61 matches in all competitions since the start of last season.

Defeat against Switzerland would see England lose four games in a row for the first time in their history but the non-competitive outing in Leicester represents a chance to hand the 25-year-old a well-earned breather.

As many as nine changes are expected from the side which started the 2-1 Nations League defeat by Spain, with Eric Dier confirmed to captain a team set to feature the likes of Jack Butland, Ruben Loftus-Cheek, Fabian Delph, James Tarkowski and Danny Welbeck.

“Harry falls in the category in which we have several players where we have to watch how much they play,” said the Three Lions boss.

“It was a short break with no pre-season and everybody was back earlier than I am sure everybody would have expected for club matches, although that is entirely understandable.

“We talked a bit after the World Cup about the demands of the modern player. Everybody has got to play a part in that but the clubs own the player and they have got to do the right thing for themselves.

“Normally we have not got opposing objectives and the clubs would be holding their breath and hiding behind their sofas watching our teams go out.

“But this is one of those occasions where what we want to look at with our squad ties in with doing the right thing with the players for our long-term benefit. So I thought this is a good opportunity to do it.”