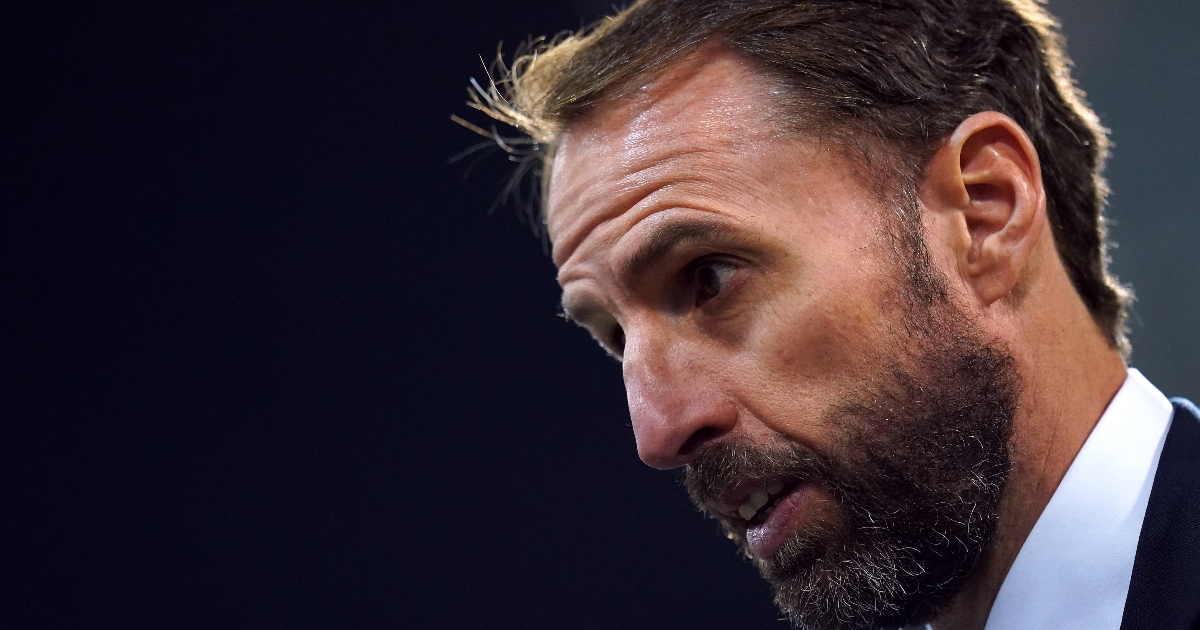 England manager Gareth Southgate insists the Three Lions must “go away and reflect” on their 1-1 draw against Hungary at Wembley.

The World Cup qualifier will be remembered more for what happened off the pitch than on it, however.

On a night when a banner was displayed in the away section opposing players taking the knee, the Metropolitan Police confirmed a spectator was arrested for a racially aggravated public order offence for comments directed at a steward.

The police clashed with Hungarian fans and appeared to be pushed back into the concourse early in the first half, with the Football Association pledging to investigate the incident and report it to FIFA.

On the pitch, however, the Three Lions struggled as they succumbed to a rare draw at Wembley.

Southgate told ITV [via the PA news agency]: “Disappointing performance. Full credit to Hungary, I thought they caused us a tactical problem and I don’t think we played at the level we needed to play.

“We’ll go away and think about the balance of the team but individually we can do better as well.

“We shouldn’t just judge things on one game, right across the board we weren’t sharp with our play, gave the ball away.

“It is the first time for a long time but we have to hold our hands up.”

John Stones was on target in the draw, equalising after Roland Sallai put the visitors ahead via a penalty.

The Manchester City defender spoke after the match, echoing his manager’s comments.

He told BBC Radio 5 Live: “We’re disappointed with our performance, with how it turned out. We’ve set high standards and we’ve recreated them and been consistent. Tonight wasn’t one of those nights.

“It’s frustrating to concede and not get back on the clean sheet run.

“[Scoring is] something I thought about a lot. I worked hard in training to get on scoresheet. If I didn’t score we’d have lost the game.

“It’s been a while since my last goal. The hard work paid off.”

England remain top of Group I, three points ahead of second-placed Poland.

Their remaining qualifying fixtures are at home to Albania and away to San Marino. Both matches will be played in November.