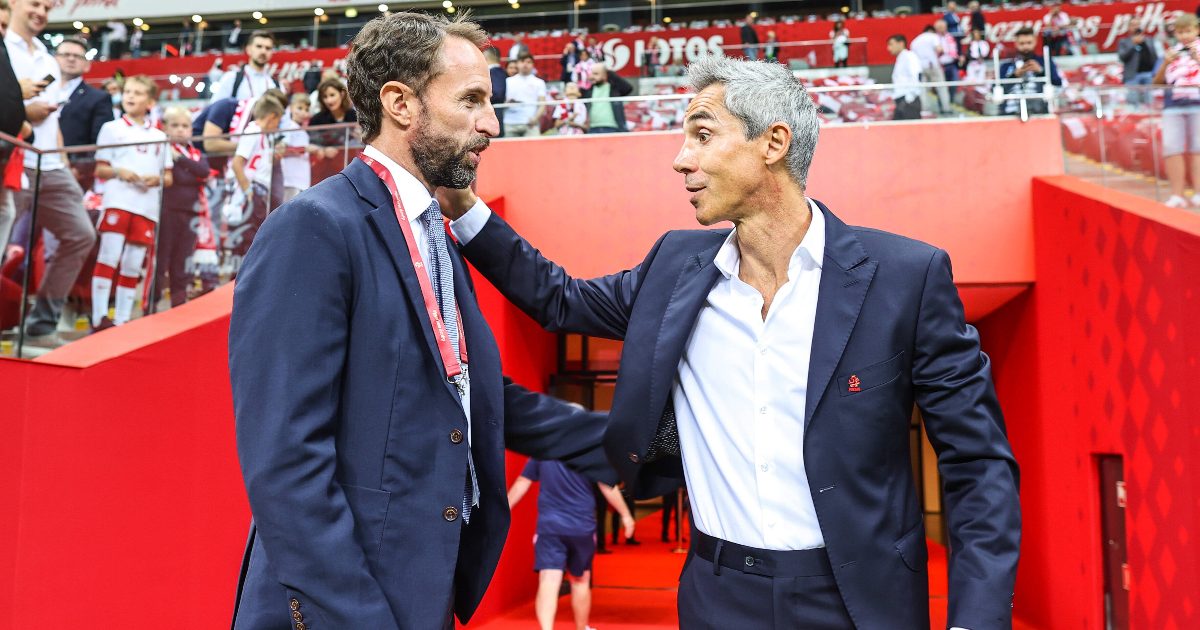 Gareth Southgate has suggested that his England team “controlled” Poland in the second half of their 1-1 draw but they did not create enough “clear chances” in Warsaw.

The Three Lions struggled to get going in the first half as Poland caused their opponents problems. The best chance of the half fell to Robert Lewandowski.

The Bayern Munich forward came close to lifting the ball over Jordan Pickford’s head, but he did not get enough on his effort.

There was a dramatic end to the first half as both sets of players clashed as the referee blew the half-time whistle. This resulted in Harry Maguire and Kamil Glik being booked.

After the restart, Maguire came close to scoring as his header struck the post. Raheem Sterling attempted to score the follow-up but he was ruled to be offside.

The opening goal came in the 72nd minute from Harry Kane. The Tottenham striker’s long-range strike got the better of former Arsenal ‘keeper Wojciech Szczesny.

Poland continued to push for a goal and their hard work paid off in stoppage time. Damian Szymanski got it as he headed home their equaliser in the 92nd-minute.

Southgate told BBC Sport after the game that his player’s “mentality and application” has been good during this international break:

“It was no surprise that this was the hardest game in the group. Early in the game, we were a little slow to move the ball and Poland pressed us well.

“We got caught in our own half a few times but we recovered well and defended those situations well. As the half wore on we started to get a grip of the game and gain more control without making really any clear chances – other than Harry Kane’s header at the far post.

“In the second half we controlled the game. If there’s a criticism it’s that we didn’t create enough clear chances from that possession and we didn’t get enough players in the box.

“While it’s one-nil you run the risk of what happened at the end. We’re clearly disappointed not to get the three points but I have to look at what the players have done across these three matches.

“Given that there was no way of telling how they would react after what happened in the [Euro 2020 final], I think their mentality and application has been really good.”