Home All The News Southgate: England have got to avoid ‘obvious’ mistakes 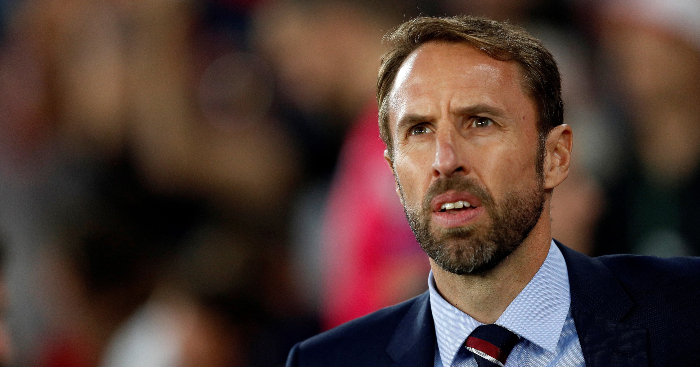 Gareth Southgate has raised concerns about England‘s defending after their 5-3 victory over Kosovo.

The Three Lions maintained their 100% record in qualification for Euro 2020, but they had a few dicey moments in an open and entertaining encounter at St. Mary’s.

The visitors led after just 35 seconds after a terrible pass from Michael Keane allowed Valon Berisha to go through on goal.

“Really pleased with the composure we showed to come back from the early mistake.

“So, some devastating attacking play throughout really. I thought our forwards were a huge threat and we used the ball generally really well”

England fought back to put in a convincing first-half display, causing an open Kosovo side all sorts of problems when Raheem Sterling and Jadon Sancho darted into space.

Sterling scored England’s equaliser early on and providing two more assists, while Sancho scored his first two international goals after sending in the cross that Mergim Vojvoda turned into his own net, Harry Kane scored his seventh goal in six games for club and country this season.

But some of that good offensive work was undone in the early stages of the second half, when Kosovo scored two goals in quick succession, Berisha firing home a superb second before Harry Maguire clumsily brought down Vedat Muriqi, who stepped up to convert the resulting spot-kick.

“The mistakes were obvious,” Southgate added. “We’ve got to be better. The players don’t need me to tell them that, we have mentioned it.