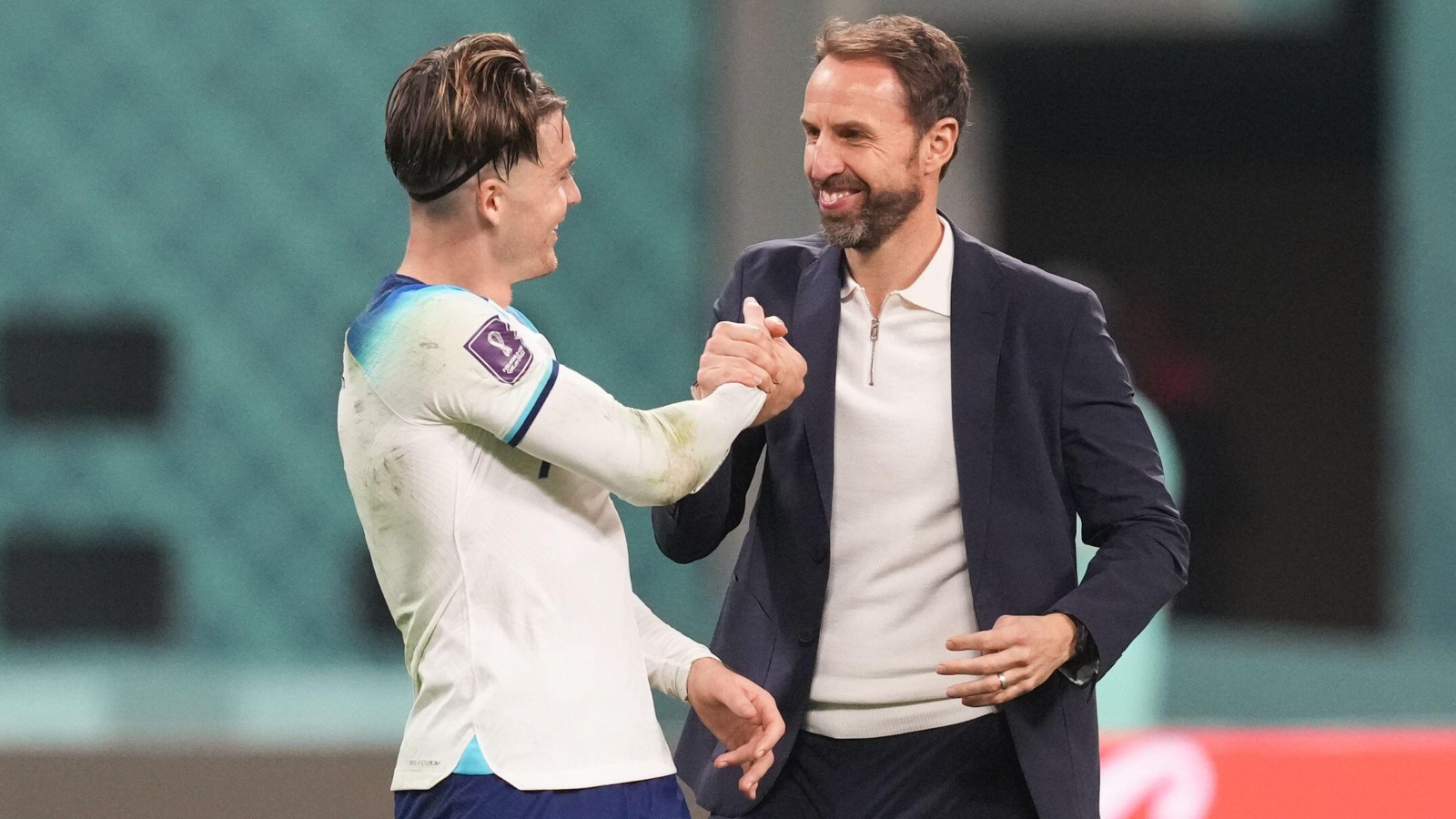 England manager Gareth Southgate admits he was frustrated to concede two goals as his side battered Iran 6-2 in their World Cup opener.

The Three Lions looked terrific as Carlos Queiroz’s side were comprehensively beaten.

Iran talisman Mehdi Taremi netted twice in the second half, including a penalty with the last kick of the ball.

Conceding two goals annoyed Southgate, who says his side must improve when they face the United States.

“I’m a bit fed up with the end of it really,” said Southgate. “To win by that margin, to play as we did for the majority of the game, I’ve got to be really happy.

“But we shouldn’t be conceding two goals at that stage and we’ll have to be right on our game against the (United) States. It’s a great start but we’re going to have to be better.

“It’s a consequence of the scoreline a bit, we had 24 minutes of added time which is a long time to focus but we just lost concentration and when we play at a slower tempo we’re not anywhere near as effective.

“We have some good players and today they really delivered.

“Our attacking players look a threat, our defence in the first hour controlled the game and were patient. The midfield were excellent and our forwards looked a threat.

“It is a great maker to put down.

“What I particularly liked was Jack Grealish’s goal with Callum Wilson on. He could have been selfish but he was thinking of the team even at that moment.

“I’m a miserable so and so. I should be more excited but I have to keep the team on the right track.”

READ NOW: England disperse some of the grey clouds at home by hitting Iran for six in World Cup opener

Jude Bellingham scored his maiden England goal, opening the scoring on the day.

On Southgate’s message at full-time, Bellingham said: “He just said to enjoy the wins because it would have been a very different reaction had we not have got the result but we’ve got to get ready for the next game and realise that a new challenge is incoming.

“Wins take the pressure off, when you win games, you’re at ease for a little bit longer.

Bukayo Saka scored twice on his World Cup debut and was clearly buzzing after the game.

“I can’t describe the feeling, it is amazing,” he told BBC. “I am so happy and so proud. We got the win as well so it is a really special day.

“We needed that good start. We haven’t played the best coming into the tournament. There was a lot of talk and speculation about our form but we showed everyone how much quality we have and what we can do.

“It is amazing to get the win under so much pressure. But we have to be consistent because we have the next game coming up in a few days and we have to win again.

“I feel in a good place. I feel the support and love from the fans, the coaching staff and my team-mates. That is all I need. I feel ready to give 100% and I will continue to do that every time I put the shirt on.”