Home All The News Southgate: England ‘have to be bold’ in the Euro 2020 final 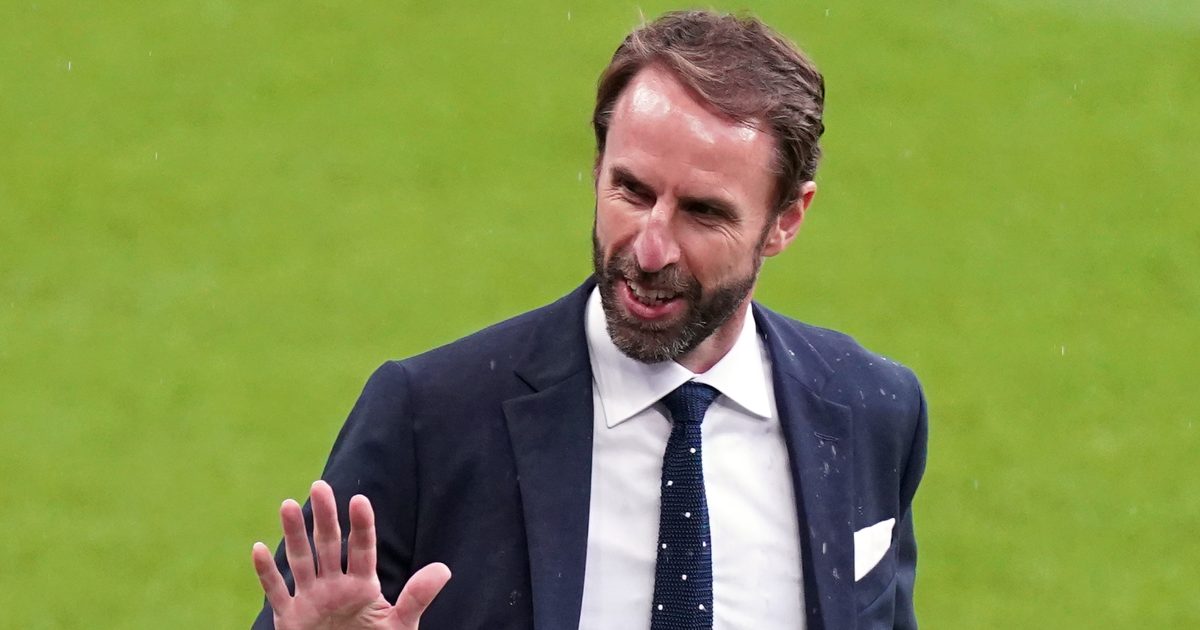 Gareth Southgate has insisted that his decision to switch to a 3-5-2 formation is an attack-minded move and that England “have to be bold” against Italy.

Southgate has made one change for the final. Kieran Tripper comes in for Bukayo Saka as England change their system. Italy have named the same team that beat Spain in the semi-finals.

The England boss has suggested that this change has been made to help his attacking players against Italy:

“Italy cause you a tactical problem, they have a familiar way of playing and it is a problem which is difficult to resolve with a winger because he ends up defending in our own third of the pitch,” he told ITV.

“We want to keep our attacking players higher up the pitch, which we hope will cause them a problem higher up.

“It’s an occasion that every message you read and everyone you see gets you more and more excited but we have to make good decisions on the field, we have to make sure we play with discipline but we also have to bring our best game.

“It is not a day to sit and be safe and worry about making mistakes. We have to be bold.”

On Foden’s injury the England boss added: “It is not something that will keep him out for a long time but unfortunately he was not able to run properly yesterday so it’s heartbreaking for him and disappointing for us.”

Alan Shearer has stated that England can cause Italy problems on the flanks:

“Gareth has proved in the past he is not afraid to make big decisions and change the team around. He’ll expect Trippier to get forward, like Saka did. That’s an area of the pitch where we can cause problems.”

Frank Lampard added: “It’s a clever call from Gareth. We’ll have to see how it plays out but I understand the thinking.”

“I think he has known all the way through this tournament he maybe had to cover his back four at times that might not be strong enough against the best teams,” he told ITV.

“You saw him against Germany go with the back five to make sure he could hold them out and it worked. I think that’s why he has gone with it again.

“If he had a brilliant back four I think he’d go with it but I think he needs a little bit extra protection.”