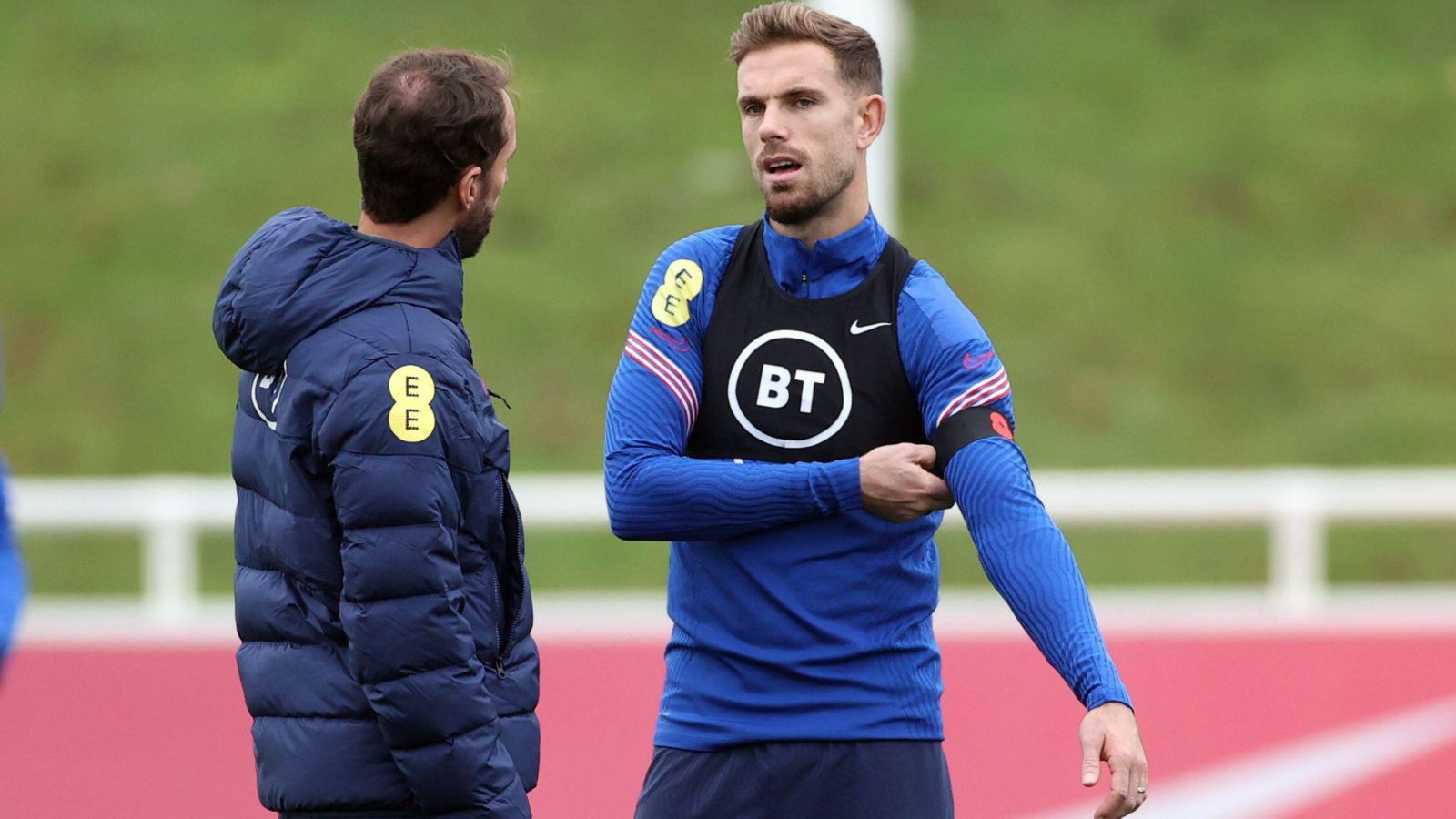 On Bowen’s inclusion, Southgate said: “Constantly strong performances. We were certainly thinking about involving him in March before he got injured.

“He’s a goal threat and his direct journey is an interesting reminder that you don’t have to be at an elite academy – experience is a great route to go.

“He works incredibly hard for the team, which we want all our players to do. He thoroughly deserves his call-up.”

On his decision to leave Jordan Henderson out but include his Liverpool team-mate Trent Alexander-Arnold, Southgate added: “I was very conscious with the Champions League boys – they’ve had a remarkable season really and couldn’t have been involved with any more games.

“We’ve learnt in the last three or four years from players we’ve had involved in that match that the emotional fall out, win or lose, is very high.

“We gave him the option of joining late but he preferred to keep going and then leave a bit earlier.”

We are LIVE from @wembleystadium with Gareth Southgate to hear about the latest #ThreeLions squad! 🎙 https://t.co/kHHkl6hvZO

Roma striker Tammy Abraham and AC Milan defender Fikayo Tomori have both been called up to the latest squad with the duo benefitting from their experiences in Serie A this season.

On the pair, England boss Southgate continued: “They deserve huge credit for adapting to living abroad and a different style of football and the endeavour to learn another language and the culture to fit in with another country.

“We are watching a lot of Serie A and Bundesliga – the leagues are different levels to the Premier League. The depth isn’t the same and the intensity is very different – there is a lot more structure.

“There is a jump I think and that’s been shown in a lot of the Champions League and European fixtures. The Premier League is a great product and we’re trying to map all that when we’re assessing the players and their performances.

“Fikayo will come in with the confidence of just winning a league title and playing in front of 70,000 fans every week – that is a similar pressure to playing for England.”