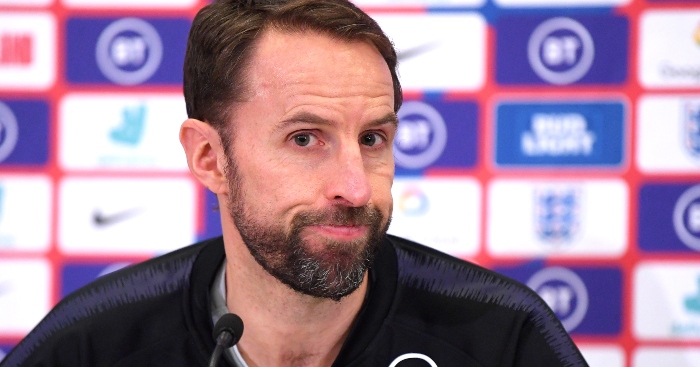 Gareth Southgate has explained his reasoning for axing Raheem Sterling from England’s squad to face Montenegro on Thursday.

Sterling has been punished following a confrontation with Joe Gomez a day after the pair  clashed during Liverpool’s win over Manchester City.

The City winger has admitted “emotions got the better of me” but says he and Gomez have “figured things out and moved on”.

He wrote on his Instagram account: “Everyone knows that I am not that way inclined and more to the point. Both Joe and I have had words and figured things out and moved on.

“We are in a sport where emotions run high and I am man enough to admit when emotions got the better of me.

Sterling added that he and Gomez “are good we both understand it was a 5-10 second thing it’s done we move forward and not make this bigger than it is.

“Let’s focus on our game on Thursday,” he signed off, alongside three love heart emojis

Southgate followed up on Tuesday afternoon by offering an opening statement to the assembled media in which he reiterated Sterling’s admission that he had become heated. In doing so Southgate appeared to absolve Gomez.

“Raheem in his post last night explained for a very brief moment his emotions ran over. It would be correct to say that’s not the same for Joe,” he said.

“We are dealing with a very young squad in a sport where emotions often run high. These things happen in football. My priority is always the care and well being of all my players. All my players.

Asked if he was disappointed in Sterling’s conduct, Southgate took a conciliatory tone and did not add harsh words to his decision to withdraw the Manchester City man from the match.

“I love all of my players. We are like a family and all family have disagreements,” he said.

“Most important for any family is to come through those disagreements and work through them. I don’t expect as a manager to never have to deal with things that are unexpected or difficult.

Southgate made a point of steering clear of details – praising senior players in the round rather than Jordan Henderson in particular, following reports the Liverpool captain played a central role as peacemaker.

He also refused to speak about the apparent scratch under Gomez’s eye.

“The reality is, I’m not prepared to go into details. There is enough conjecture and opinion and talk out there and we don’t need to add to it,” he said.

“As a group we’ve decided the best way forward and we’re in agreement on that. We move on from there.

“We have some excellent senior players who’ve played a part in bringing everyone together.”