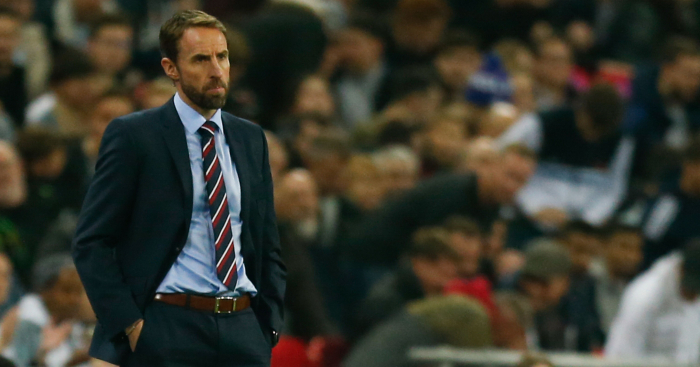 Gareth Southgate was glad Wayne Rooney got the send-off he deserved, even if the England great’s emotional post-match speech meant the manager had to abandon his critical debrief.

The Wembley crowd helped pay tribute to the Three Lions’ all-time top-scorer and most capped outfield player against the United States on Thursday, when the forward was just inches away from marking his 120th and final cap with a memorable goal.

It would have been a dream end to a 3-0 win that saw Southgate juggle honouring Rooney and building for the future, with Callum Wilson – one of three debutants – completing the scoring after first-half goals from Jesse Lingard and Trent Alexander-Arnold.

There will be widespread changes when Croatia visit in this weekend’s winner-takes-all Nations League encounter at Wembley, where Rooney’s speech saved the players from some harsh words on Thursday night.

“I thought some of our attacking play, the first half hour and last 20 minutes, was really exciting,” Southgate said.

“Some really nice moments for some of the debutants, in particular, for some of the young players – for Trent to get his first England goal, a really well-worked bit of attacking play, nice decision and weighted pass from Jadon (Sancho).

“Great for Callum to get his goal – he probably would feel he might have had that earlier in the game – so some good moments there.

“I didn’t like us without the ball as much. I thought at times we pressed really well, but at times the USA got through us too easily and towards the end of the game we didn’t play with discipline.

“We were caught in transition and wide open. If we do that on Sunday, we will lose.

“We haven’t had that discussion because Wayne gave a really nice speech at the end and I didn’t want to rain on his parade!

“But we’ll be making that point clear over the next couple of days because against the very best teams… well, if we want to be a top team, we can’t just get to 3-0 and just play with the ball and not without it, and not playing with intelligence.

“If we’re going to be ruthless, we’ve got to make sure we do that right the way through the game.”