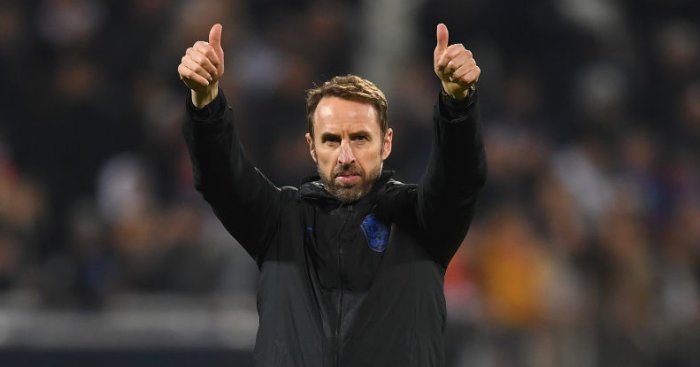 Gareth Southgate hailed Harry Winks as “excellent” and Alex Oxlade-Chamberlain as “a real plus” after England’s win over Kosovo.

England ran out 4-0 winners to end qualification for Euro 2020 on a high note, with Harry Winks and Mason Mount both scoring their first international goals and Harry Kane becoming the first ever Three Lions player to score in every match of a qualifying group.

The scoreline flattered England to some extent, and Southgate was well aware that his side would need to raise their game against opponents of higher quality.

“It was a tight game and a good test for us really,” he told ITV. “It was a difficult pitch, with players slipping and passes going astray.

“We needed a tighter game and a challenge. I’m happy we got that. We had to sustain spells of pressure and gave them chances – on another night that would be a problem. But attacking we were ruthless.

“Alex Oxlade-Chamberlain, in his stage of returning, he’s been a real plus with the power of his running and attacking threat. I thought Harry Winks was excellent in both games and takes the ball well when we need calming.

“The set-plays in particular are something we have to look at. There have been too many people free in the box and chances given away. We know there is still a bit of work to do but I can’t fault the players in this campaign, they’ve been ruthless.”

Raheem Sterling was brought back into the starting lineup after his well-documented clash with Joe Gomez, and Southgate was pleased that everyone can now move on from the incident.

“You work through any difficulties you might have and the group have done that really well. I think we come out of it stronger frankly.”

With several young players staking their claim for more opportunities – highlighted by Winks and Mount scoring, and Fikayo Tomori coming on for his senior debut – Southgate admitted he has a selection dilemma ahead of picking his 23-man squad next summer.

“It’s hard to leave experienced players out. I think we’re further ahead in being more settled with the group but there is really good competition and we wanted to learn things tonight and I think we did.”