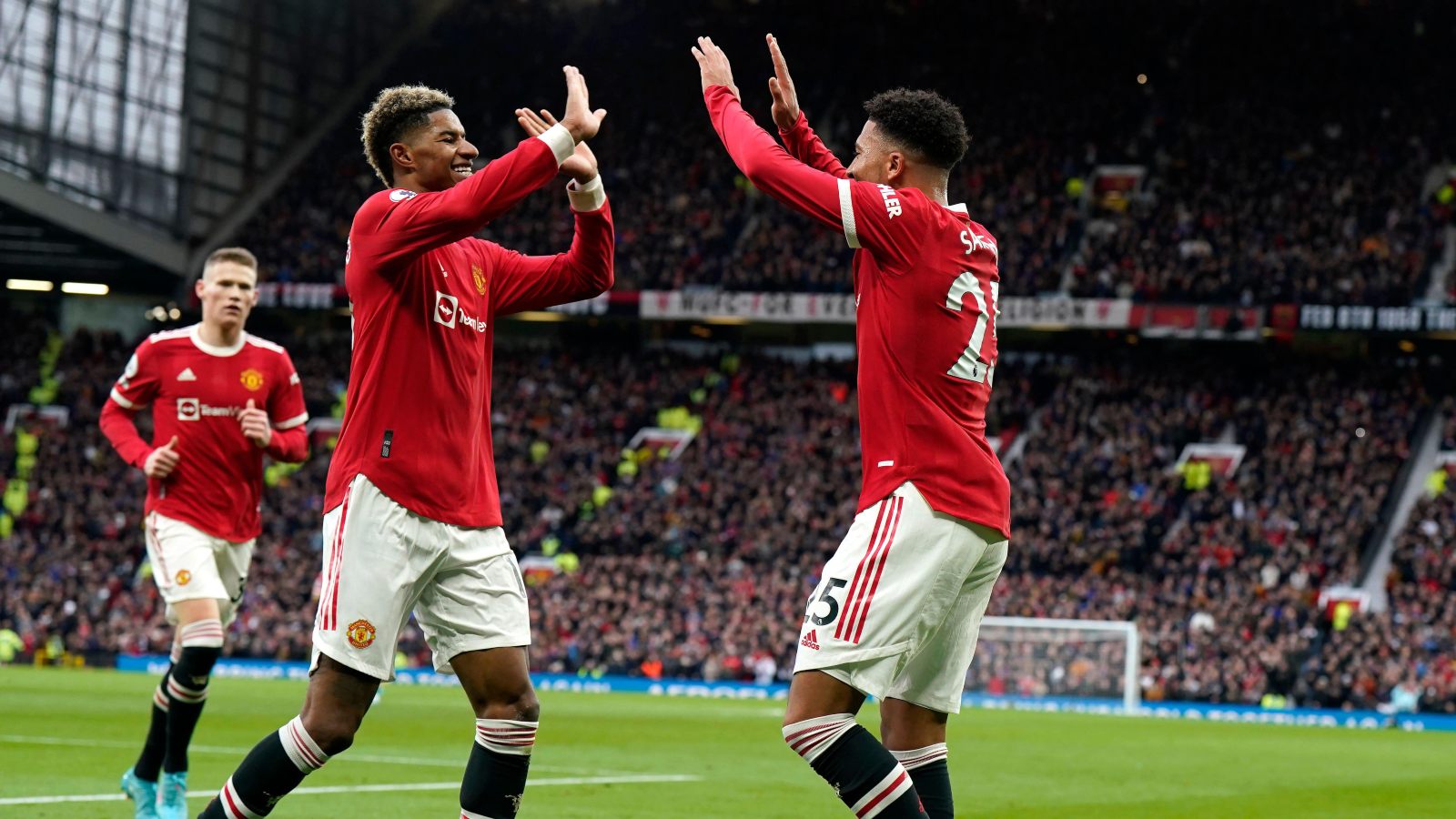 Gareth Southgate says Marcus Rashford and Jadon Sancho still have time to work their way into England’s World Cup plans despite the Manchester United duo’s continued absence from the squad.

The pair were conspicuous by their absence from March’s internationals and overlooked again as the Three Lions boss named his squad for June’s four Nations League matches.

Rashford has not played for England since missing his penalty in last summer’s European Championship defeat to Italy, having withdrawn from November’s squad to focus on regaining fitness after shoulder surgery.

But a lack of form has seen him overlooked since then, just as it has in the case of United team-mate Sancho.

The 22-year-old, who also missed during the shoot-out defeat to Italy, has only won one cap since moving from Borussia Dortmund last summer.

Asked if the pair have a realistic shot of getting back into the squad in time for the winter World Cup, Southgate said: “Well, they do because I think there’s enough of a block of games at the beginning of next season that people can still play their way in.

“But they’ve got to start playing well with their club. Neither of them have really played at the end of the season.

“England is a consequence of what you’re doing at your club and you’ve got to get your club bit right.

“At the moment there’s obviously room for those two compared to others in those positions that we’ve picked that their level hasn’t been at the level of the others.”

Rashford and Sancho are far from the only underperforming players at United, who have just one representative in the England squad in the form of Harry Maguire.

The 29-year-old’s form and position as club captain has been widely debated during a challenging season, with some England fans even booing him during March’s friendly against Ivory Coast.

Southgate briefly spoke to Maguire about the situation after that Wembley match and continues to back the United skipper.

“I think there’s obviously a big change around at the club and that is going to affect everything there,” the England boss said of Erik ten Hag’s arrival in the Old Trafford dugout.

“For me he’s still their best centre-back. I am sure the manager will watch the games back and have his own view of that.

“For us he has been consistent, with all our data across the season, although the perception would be of a certain level, he would still be there in amongst our top two or three.”

Southgate has named some young centre-backs in his squad that are attempting to prove their worth, while in attack nobody has managed to seriously challenge Harry Kane’s position.

A number of players have backed up the England skipper during Southgate’s tenure and in-form Roma striker Tammy Abraham has the chance to impress next month.

“That’s the challenge for those players now,” Southgate said. “At various moments we thought people might fulfil that.

“When I’m talking to all of those players in those positions, that’s exactly what I’m saying to them.

“Nobody at the moment is really challenging Harry first and foremost or nailing down the spot if Harry’s out. What we want is somebody really pushing Harry. We don’t just want a number two – we want the number one being pushed.

“There’s an option within that that we could play with a (Phil) Foden or a (Raheem) Sterling there, so that might be another way of doing it.

“But we think Tammy’s goalscoring attributes, in particular, probably set him apart at this moment from the rest. But there is an opportunity there and this is his chance to grab it.”