Home All The News Southgate: I’ve not heard Wembley like that for a long time 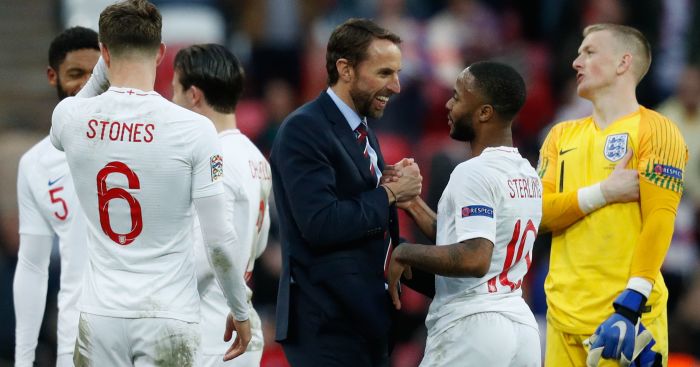 Gareth Southgate was “proud” of his England side as they came from a goal down to beat Croatia 2-1 in the Nations League on Sunday.

The Three Lions missed a host of chances to take the lead in the first half and they were made to pay for that when Andrej Kramaric opened the scoring in the second period for the visitors.

However, goals in the last 12 minutes from Jesse Lingard and Harry Kane delivered the win and a place in the Nations League semi-finals.

And Southgate was delighted with his England team and the atmosphere at Wembley.

“I’m very proud first and foremost,” Southgate told Sky Sports. “I thought we dictated a lot of the game and had good chances in the first half.

“Then we let quite a soft goal in and it’s a real test of resilience and patience. We rode our luck with their counter-attacks with one cleared off the line.

“For all the great play, we scored from a long throw-in and set-piece. Maybe we’re not a new England and we’re the England we’ve always been.

“I’m proud of how we’ve done all year. I’ve not heard Wembley like that for a long time.”