Home All The News Southgate: Mount will get praise now Lampard has left Chelsea 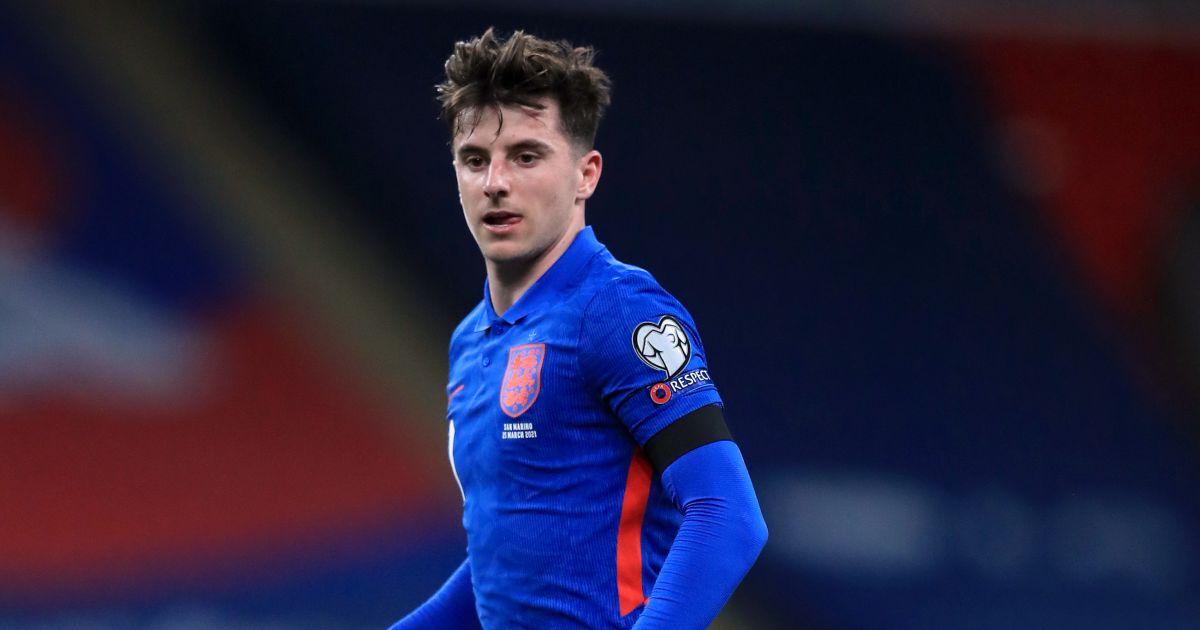 England boss Gareth Southgate thinks “everybody will agree” that Mason Mount is an exceptional player now that Thomas Tuchel has picked him at Chelsea and not Frank Lampard.

Mount had a good season last year under Lampard, providing five assists for his team-mates and scoring seven goals in his breakthrough Premier League season for Chelsea.

He has continued that form into this campaign with five goals and three assists in 28 league appearances but he has really been catching the eye of pundits and fans recently.

OPINION: Enjoying an international break that actually feels like a break

The 22-year-old scored England’s second goal of the game on Sunday as they beat Albania 2-0 with Southgate picking him out for special praise after the game.

“He’s a very good player – but I was saying this in the autumn,” Southgate said of Mount.

“I suppose now Thomas Tuchel picks him probably everybody will agree! When it was Frank (Lampard) it didn’t count for some reason but he’s an exceptional player.

“He find space intelligently, he manipulates the ball very well, he creates chances, he can score goals.

“I thought his performance was excellent tonight but I thought Phil was also very good, our attacking four were good.

“I think we were over 70 per cent possession. We have controlled the game and the longer it went on we created more chances and could have finished more comfortable.”

Asked if he would be prepared to start Mount against Poland on Wednesday after playing from the off against San Marino and Albania, Southgate said: “Absolutely.

“I think we’ve looked out for all of the players in the first game and his load coming into the camp was that he didn’t play in the midweek in the Champions League.

“But regardless of that, we’re trying to win and qualify for a World Cup.

“I can’t be constantly thinking about rotating the squad. We’ve got a lot of players missing and we’ve tried to protect our forward players, in particular, through that first part of the week.

“Now we’ve just got to get on and try to win the games.”