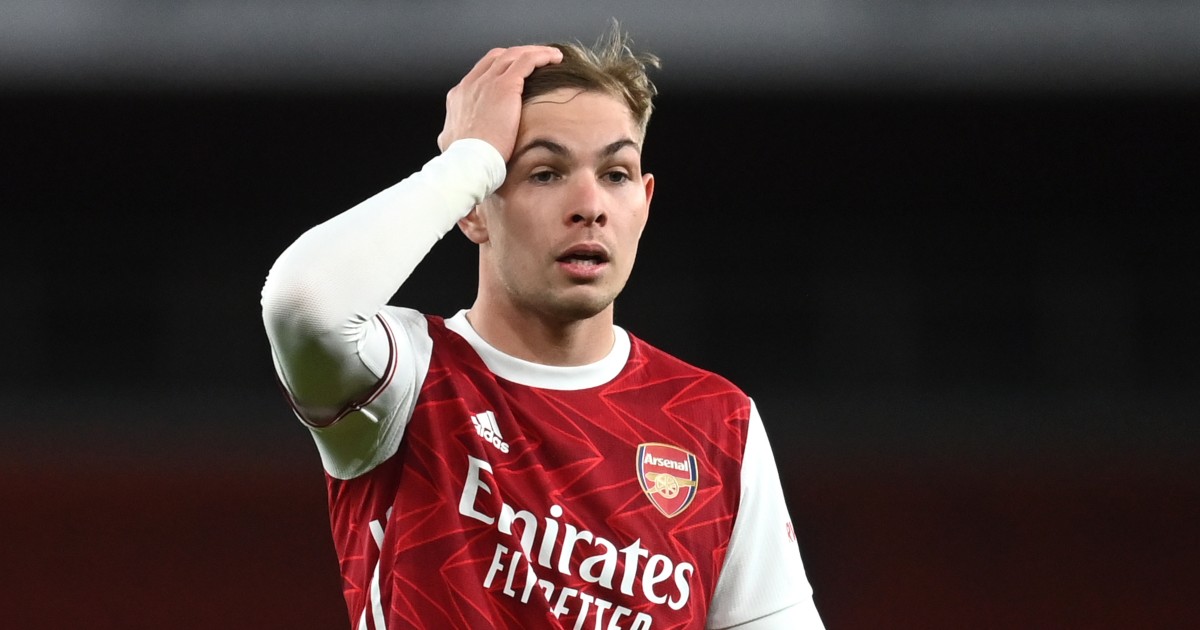 Gareth Southgate mentioned five players he has yet to call up for England to show the country’s depth of talent, including Emile Smith Rowe.

Southgate named his 25-man squad for the upcoming World Cup qualifiers on Thursday afternoon, drafting Trent Alexander-Arnold and Marcus Rashford back in but dropping Jadon Sancho.

The need to include regulars returning from injury was cited by Southgate as one of a couple of reasons restricting his ability to call up newer faces.

“It’s always difficult because we’ve got so much competition for places and we had quite a few players missing last time, which means you bring others in, so you’ve got more decisions to make,” he said.

“Also some young players, who are playing well, haven’t quite made the squad. So we’ve kept a reasonable amount of consistency really with the group that was with us in the summer that did so well.

“There are players who are pushing the group really strongly.”

Southgate then namedropped a number of players on the England precipice who have yet to be called up, with Crystal Palace defender Marc Guehi among them.

“Tino Livramento has had a great start to the season, along with Tariq Lamptey and we have just seen Matty Cash go to Poland, but we have a lot of good right-backs in the squad and others pushing them,” he said.

“I think Emile and Conor Gallagher are playing very well with their clubs but we’ve got depth, and to put those in, we’ve got to leave some of these on the sheet out.”

“It’s not a bad thing that we’re starting to get a very strong under-21 team because you want that depth.

“The boys I’ve just mentioned are on a really good path, we like them, we get a good chance to see them with the under-21s, as well as with their clubs, but at the moment we think it’s a little bit early for some of those guys to come in.

“We could put them in and they will be absolutely fine by the way, but we think the players we’ve picked are just a little bit ahead at the moment.

“They are all pushing. There is still a step for a lot of them in the consistency. A lot of them are young and still learning their trade.

“We’re 12 months away where there is going to be real competition for places. We’ve seen over the last 12 months how rapidly young players can come through.”