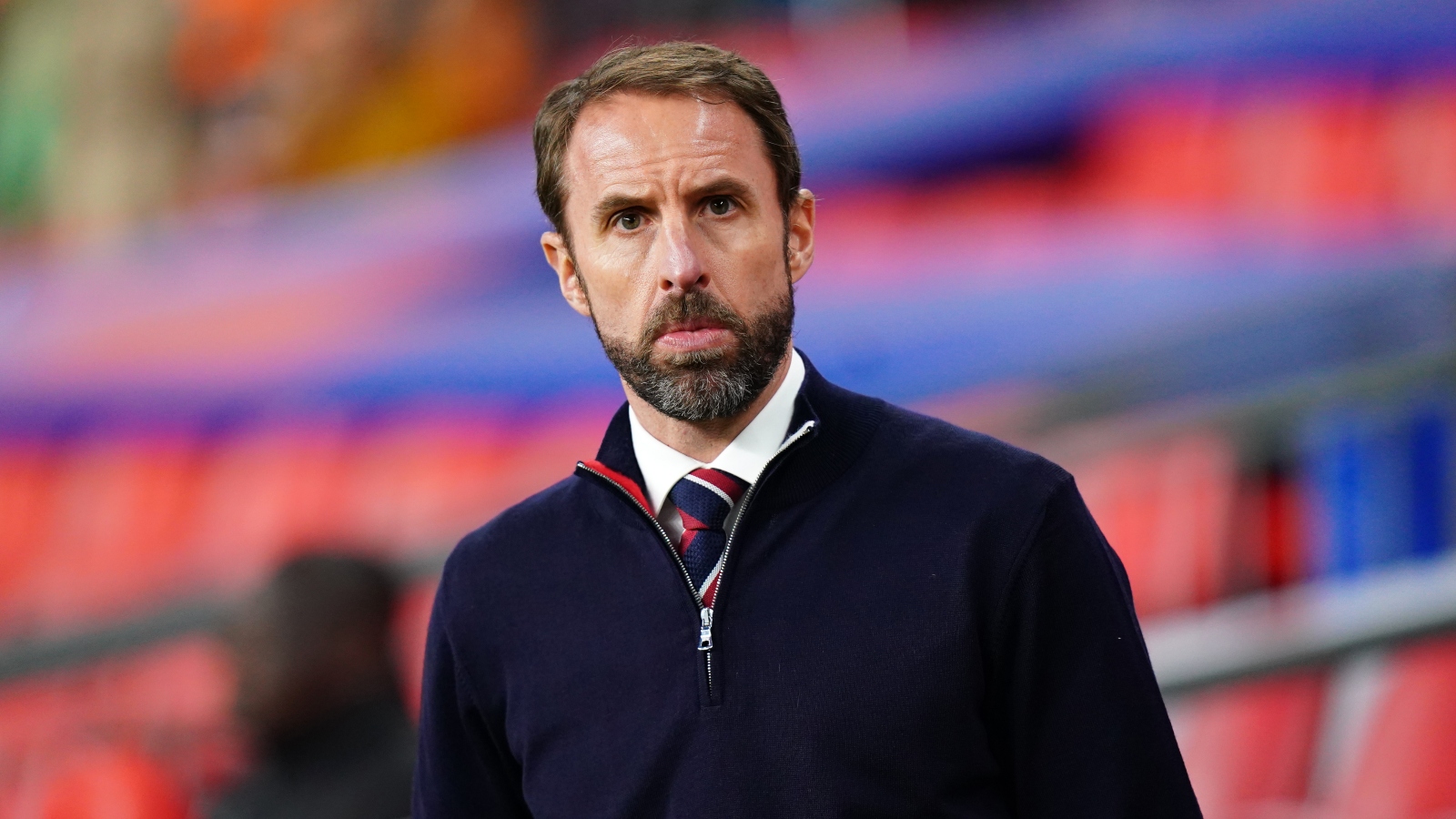 England manager Gareth Southgate has named his side’s clash with the USA as particularly intriguing after the World Cup Group Stage draw.

In a repeat of the 2010 World Cup, England will take on the USA as well as Iran and the winner of the European qualifier.

The final spot in the group will not be decided until June as Wales await the winner of Scotland vs Ukraine.

The draw has been kind to England as they missed out on the top sides in pot two, including old rivals Germany and 2018 finalists Croatia.

England boss Gareth Southgate provided his thoughts on the draw when he spoke to the BBC immediately after it’s conclusion.

“USA and Iran are teams we’ve not played for a while and the third is an unknown but throws up a possible British derby.

“In this situation all of our thoughts are with the people of Ukraine, so when that tie is played out is irrelevant really.

“When you’re seeded you get the advantage of missing out on those big six or seven teams. Most of the first seeds would be pleased with the group they get. There are some highly ranked teams in pot two.

“The USA are an interesting one. They’ve got some very good players and we know what they could be capable of, so that one in particular is an intriguing one.”

USA boss Gregg Berhalter also spoke to the BBC and admitted his excitement at drawing England, also revealing he is close to Southgate.

“We think it’s a good group. Every opponent in the World Cup is difficult.

“With England it’s an exciting match-up, Iran are a diverse opponent who did well in qualifying and then we’ll have to wait to see our third opponent.

“Overall I’m pleased with the group and excited to get started.

We played Wales recently in a friendly, we know Scotland and then you’re pulling for Ukraine naturally because of what’s happening in the country.

“We [Gareth Southgate and I] go way back. He’s a guy I look up to. He’s always been there for me and given me advice. When I first took the job I looked to him as a mentor. I’m looking forward to competing against him.

“I just reached out to him when I got the job and asked would he tell me more about international football. And being the guy he was, he did.”