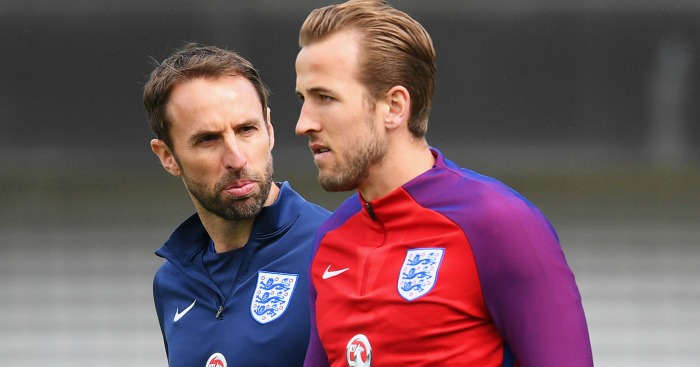 England manager Gareth Southgate is delighted to see the effect Harry Kane and Raheem Sterling are having on the rest of his young England squad.

Southgate has cited Sir Alex Ferguson as a big influence in the way he handles the integration of new players into the team,

Ensuring players are used at the correct time and exposed to the right role models is important, with Friday’s goalscorers Kane and Sterling certainly fulfilling that criteria.

“To have such a top striker who has such humility and such a low ego has a huge impression on the whole group, because at the moment he is the star player,” Southgate said of skipper Kane.

“But, equally, that’s the same for Raheem, you see his focus to training, his preparation for those things, so for young players coming in it’s an easy equation: if I do the things those two do, there’s a good chance that I’ll get the performances that they are putting in.”