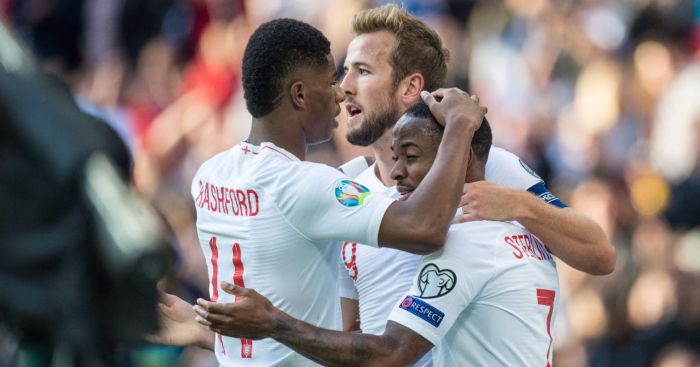 Gareth Southgate believes England’s frontline is as exciting as any other in the world.

The England skipper not only has 25 goals from 40 international appearances but is complemented by the likes of Raheem Sterling and Marcus Rashford, with teenagers Jadon Sancho and Callum Hudson-Odoi knocking on Southgate’s door.

“I think that they’re as exciting as anything, really,” Southgate said of his attacking unit.

“I remember going to Spain and thinking ‘well, a really tough game, but actually you look at our front three and their front three on the night and I felt that we were strong’.

“And I’ve got to say, we’ve got Sancho and Hudson-Odoi who are going to push, and really push, so I think that it is exciting.

Asked if the players are beginning to recognise they have the potential to be the best, Southgate said: “It’s an interesting comment. I think they have great humility.

“I think they possibly don’t, because they sometimes don’t view themselves as others do.

“We’ve also got to remember that as a coaching team. Very often you work with the team and it’s easy to find what they can’t do well.

“I think whenever we’re judging games, all of us look at what hasn’t gone well and sometimes we can overlook the brilliant things that they do, that maybe other countries don’t have.”