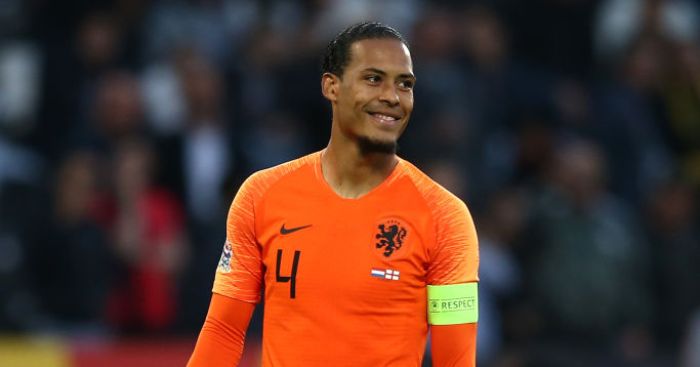 Gareth Southgate is happier with England fans booing Virgil van Dijk rather than their own players.

Van Dijk was jeered throughout England’s Nations League semi-final defeat to Holland on Thursday night, causing some sections of the media to get their knickers in a twist.

Virgil van Dijk, PFA Player of the Year, imperious Liverpool footballer, European champion, role model, class act on and off the field, supporter of the Red Cross, paid for Christmas party at Anfield for 120 kids suffering from cancer, is being booed by England fans #NEDENG

When he was asked about the booing before the Three Lions clash with Switzerland on Sunday, Southgate admitted he was happier that the jeers be directed at the opposition rather than his own team.

“I’d say I’m happier they’re booing the opposition now than when they booed our players when we started,” he said with a smile.

“I’d say we’re making progress. Driving through the streets of Malta and some of the songs that were being sung to us that night, so if Virgil has to take a bit, fair enough.”