Home All The News Southgate responds to supporter jeers, pleads with fans to ‘stay with’ England’s ‘unbelievable’ players 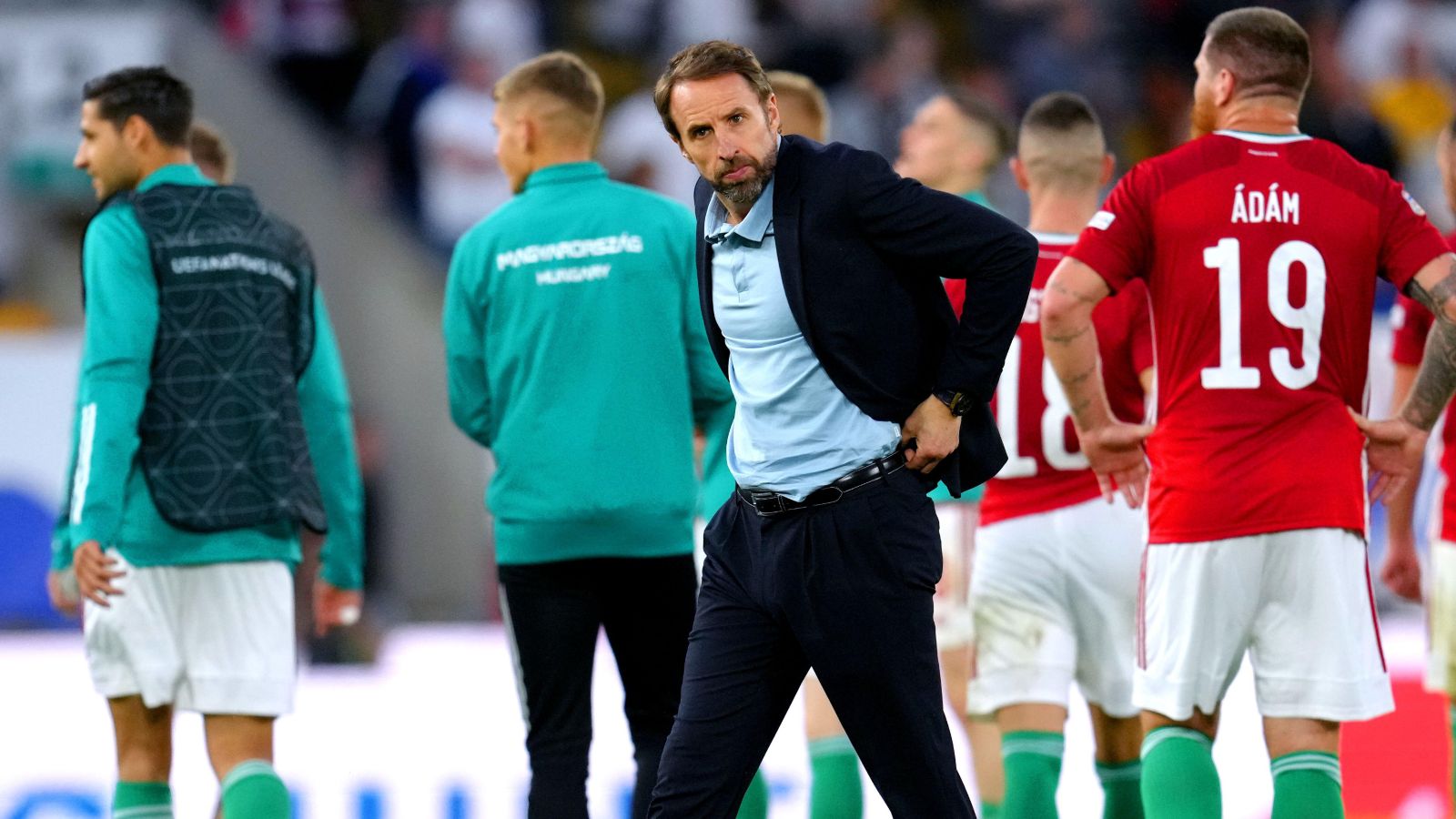 Gareth Southgate has pleaded with supporters to “stay with” England’s players following their heavy 4-0 defeat against Hungary in the Nations League.

This horror defeat leaves England with just two points from their opening four group games in the Nations League. A 1-0 defeat to Hungary was followed up with draws against Germany and Italy.

A brace from Roland Sallai helped Hungary record a famous victory over The Three Lions on Tuesday night.

Zsolt Nagy made it 3-0 before John Stones was unfairly sent off after receiving a second booking.

That's the worst home defeat for England since March 1928 when they lost 5-1 to Scotland at Wembley. They have never lost 4-0 at home in their entire previous history of 1,033 games before tonight #ENGHUNG

England are now the favourites to be relegated from their Nations League group. They are three points behind third-placed Italy with two games to go.

The Three Lions face Italy and Germany in their last group games at the end of September.

Southgate admitted post-match that England’s embarrassing loss to Hungary was a “chastening experience”:

“We picked a young team with energy and when the game started to go against them it started to look that way, that is my responsibility in the end,” Southgate told Channel 4 (quotes via BBC Sport)

“At half-time we needed to go for the game and made changes with more of an attacking impetus. It left us more open when we were pushing and it left us wide open.

“Across the four matches, that is my responsibility, I tried to balance looking at new players, resting players we could not keep flogging but in the end the teams have not been strong enough in the two Hungary games, the other two results were positive but tonight is a chastening experience.”

When asked if England’s four games in June leave Southgate with more questions than answers, he continued: “We have seen you have to be at full strength.

“It was a important experience for a number of the younger players and we learnt a lot from the Italy and Germany games, Hungary are a good side and I think I have given them too much to do tonight.

“I understand the reaction to that in the stadium, this group of players have been unbelievable for their country and it is important for people to stay with them. They will still be strong going forward.

“In the end, this is about winning matches with England but tonight was the sort of night my predecessors have had experienced.

“I am not going to say it does not hurt but it is clear to me what we were trying to do across the four matches. The Nations League campaigns have put negativity and pressure onto us and you don’t normally have that as England manager. It is my job to protect the players, the results are my responsibility.

“People will rightly say, ‘what are you talking about?’ We needed to see some things. We have had some unbelievable nights with England over the last four or five year but this is the other side and that is the reality of football.”