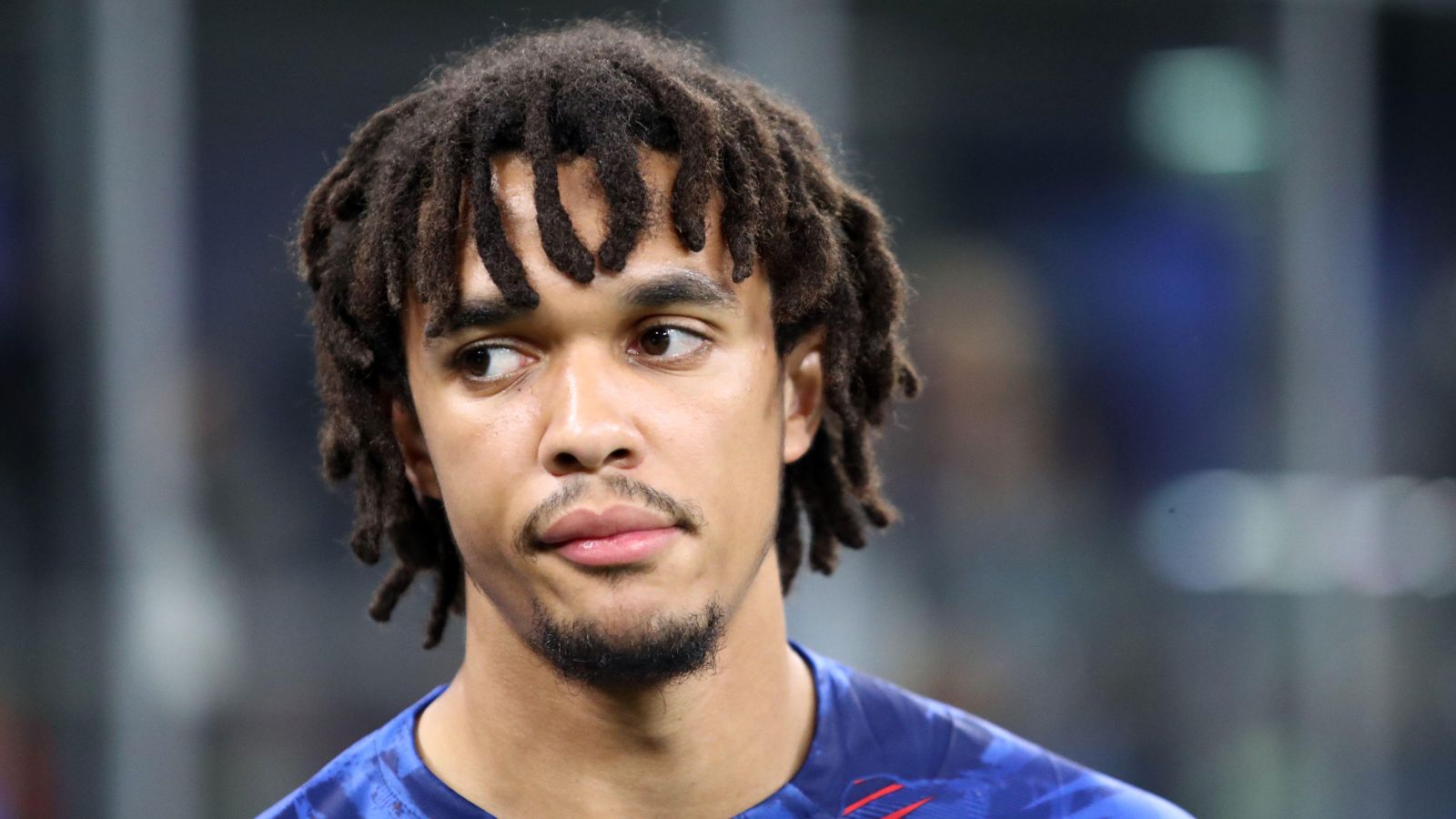 England boss Gareth Southgate thinks Kieran Trippier’s “all-round game is ahead” of Trent Alexander-Arnold’s after the Liverpool defender was left out of his squad for the game against Germany.

There was some surprise as Alexander-Arnold was dropped from the squad for their 3-3 draw against Die Mannschaft on Monday night with the defender left on the bench against Italy last week.

Southgate hasn’t played Alexander-Arnold in the past despite his top form for Liverpool but the right-back has been poor for the Merseysiders this season.

Newcastle United full-back Trippier was included against Germany over Alexander-Arnold and Southgate has explained his thinking behind his decision.

“I didn’t want any player to sit in the stand for two matches, so I think the way we manage a group of people has been a big strength for us in the tournaments and we need to do that,” Southgate said, when asked about his reasoning for leaving Alexander-Arnold out.

“(Against Italy) we didn’t need the left-back cover, against Germany we did because of the way we went with the team, so we needed Chilly (Ben Chilwell) on the bench and we had Kieran (Trippier) who, at the moment, I feel his all-round game is ahead.”

Southgate has a relatively young group of players at his disposal and the England boss thinks the youngsters will have learnt a lot amid recent criticism of the team.

He added: “They have been through a lot and the psychology of it all is fascinating for us at the moment.

“Some young ones are actually handling it brilliantly and some are needing help and guidance.

“They will be thinking, ‘What is this?’. We have talked about how the shirt feels and they are experiencing for the first time a little bit what some of the older ones have been through in the past.”

And Southgate has also been forced to defend his decision to include Harry Maguire – who made a huge error for Germany’s first goal on Monday – in his starting XI for both their most recent fixtures.

“Why do we pick him? Because he’s one of the players who gives us the best chance of winning.

“So, really we should all be wanting a Harry Maguire that’s playing regularly and playing with confidence.

“That applies to, of course, quite a few players but he’s the one that everything lands on, which must be a tough space for him, really, but he’s showing tremendous character.

“I think he has got the character to get over this because he’s a boy that’s been from Sheffield United to Hull City – his journey is not one where everything has been smooth.

“Sometimes you get lads who, in the early part of their career, haven’t had to handle adversity and when it hits them, it’s harder to cope with.

“He’s like most of us, really, in that he’s had lots of hurdles and that shapes your character.”