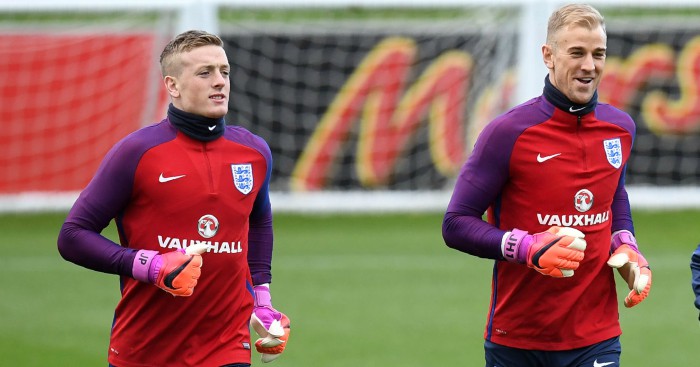 Gareth Southgate has revealed that Joe Hart will return in the England goal against Brazil on Tuesday.

Everton goalkeeper Jordan Pickford produced a string of fine saves on an impressive first senior appearance against Germany on Friday, but Hart will be between the sticks against Brazil after Jack Butland’s injury caused a rethink.

Stoke stopper Butland was due to line up this week but he broke a finger in training ahead of the Germany clash.

“It was just a straightforward goalkeeping drill, nothing out of the ordinary and just caught his finger awkwardly,” Southgate said.

“We would have played Jack in the game against Brazil. We were always going to play Jordan (on Friday night), but we’ll now play Joe on Tuesday.”

Southgate has called up Angus Gunn to replace Butland in the squad as well as two other uncapped youngsters.