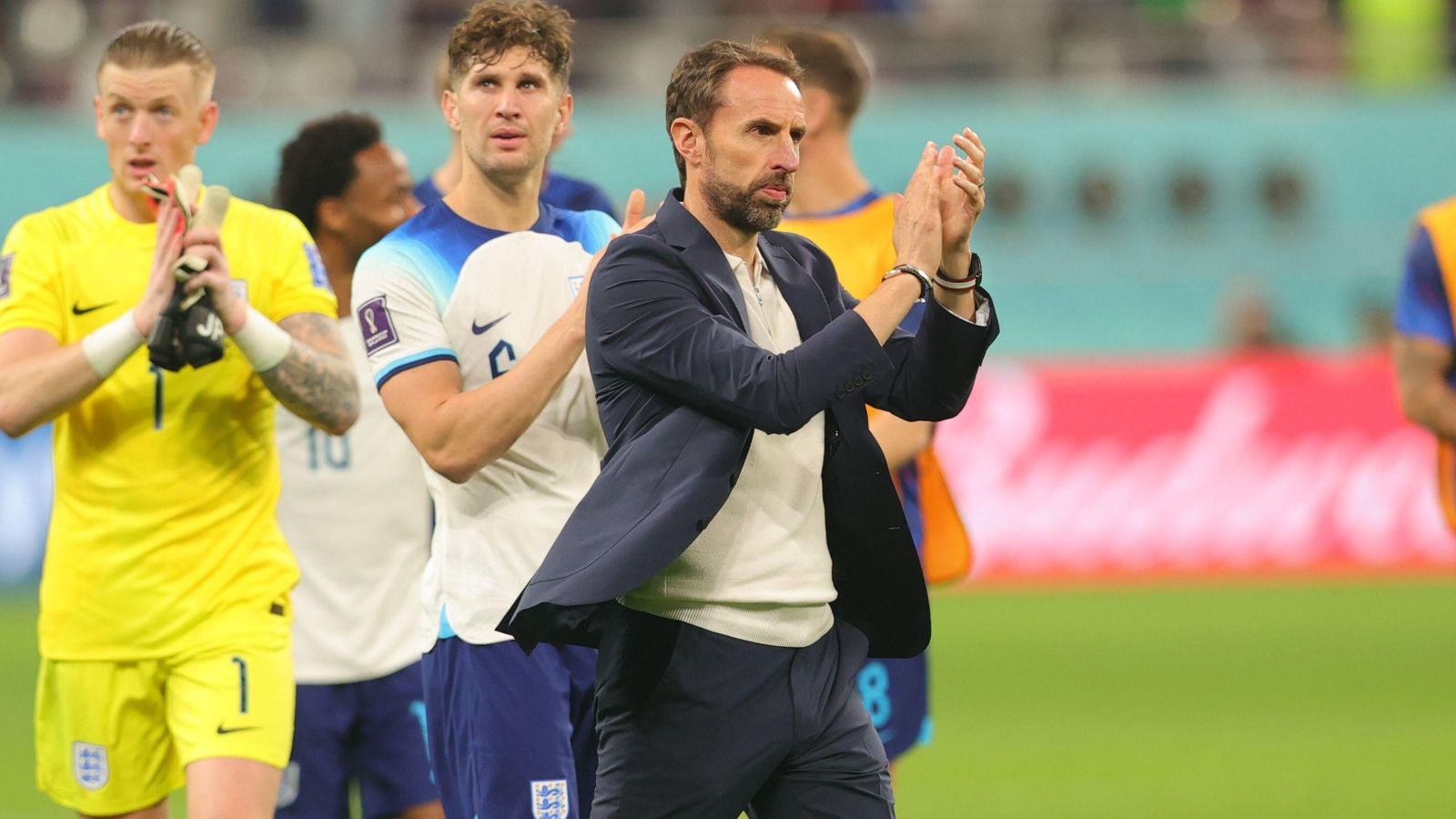 Gareth Southgate is reportedly ‘set to name an unchanged line-up’ for England’s World Cup group game against the United States on Friday night.

The Three Lions got their World Cup off to a great start as they hammered Iran in their Group B opener.

Bukayo Saka netted a brace in the 6-2 win. The other scorers were Jude Bellingham, Raheem Sterling, Marcus Rashford and Jack Grealish.

England are now the favourites to finish top of their group, as later on Monday, the USA held Wales to a 1-1 draw.

Southgate’s side go into Friday’s game against the USA needing a win to secure themselves a spot in the knockout stages of the World Cup.

The Athletic are reporting that England’s head coach is ‘set to name an unchanged starting eleven to face the USA’.

It was initially feared that England would be without Harry Kane. Earlier this week, he had a scan on his ankle after being on the end of a rash challenge in the win over Iran.

But Kane was fit enough to train on Wednesday and it has since been confirmed that he is well enough to start for England against the United States.

When asked about Kane on Thursday, Southgate said: “Harry’s good. He came through training, no problems, so it would be a brave decision to leave him out of the starting team.

Harry Maguire is also available to start after he felt unwell in the win over Iran. The defender performed well before he was forced off in the second half.

The Man Utd captain told reporters: “I felt unwell in the second half but we have a great medical department.

“I have done all the tests and felt well since. I have been on the training pitch over the last couple of days and I feel good and ready to go.”

The Athletic note that England have several in-form players who could come on off the bench.

Callum Wilson was among the players who came on earlier this week. The Newcastle star has been in great form this season but he was absent from training on Tuesday.

The report adds: ‘England are believed to be carefully managing the 30-year-old’s workload after a return from a hamstring injury earlier this season.’