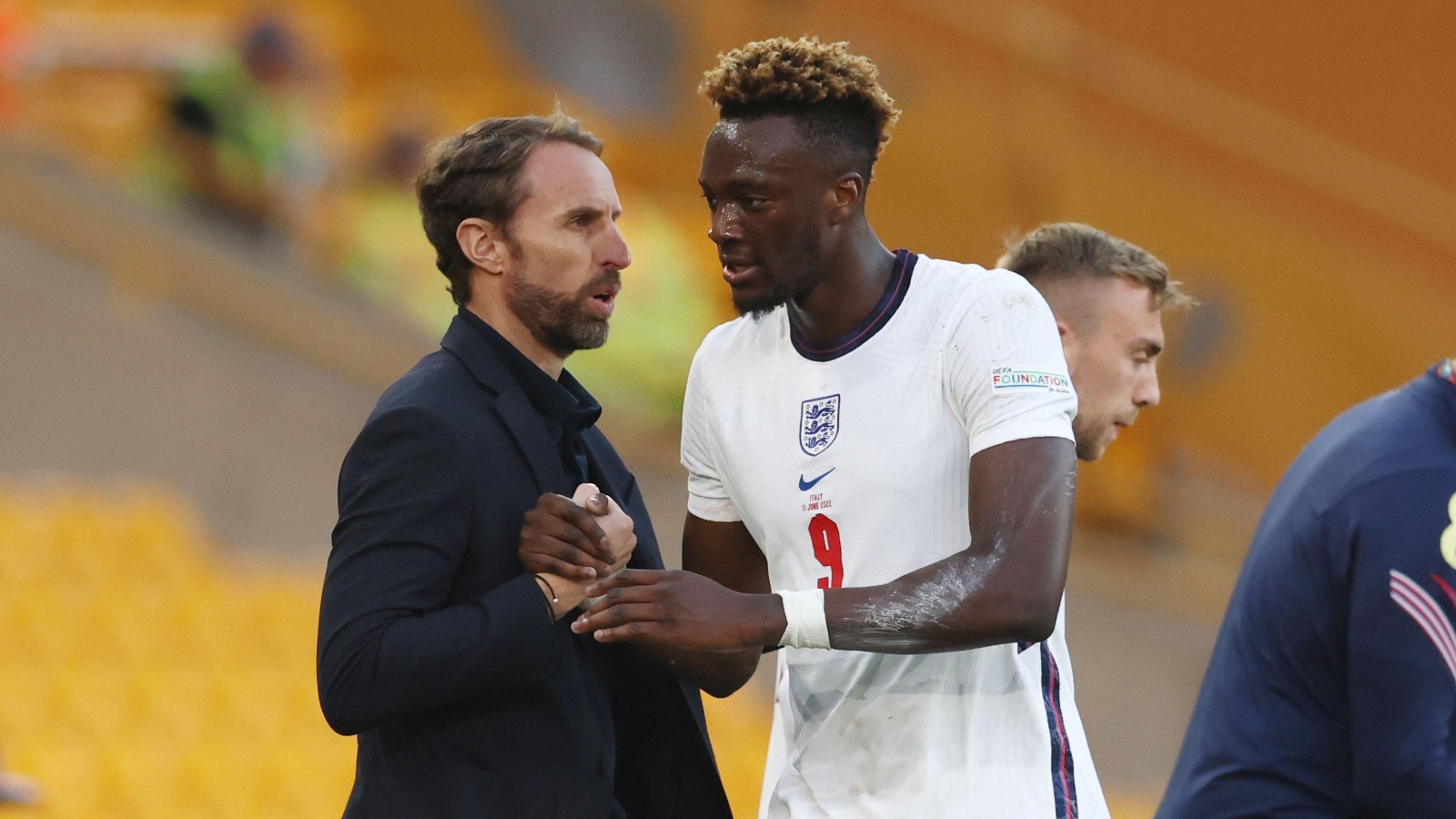 England manager Gareth Southgate has contradicted himself in his reasoning for selecting Harry Maguire and snubbing Tammy Abraham for his World Cup squad.

Roma striker Abraham will not be going to the World Cup due to his slow start to the season.

Many expected Abraham or Brentford’s Ivan Toney to be called up, but it was not to be.

Explaining why the Roma striker missed out, Southgate said: “Tammy has had a poor run of scoring at the wrong time.

“It is not a case where we are three or four weeks away from the first match, we are now ten days, so form could be more important.”

Abraham scored on Wednesday evening, but it was not enough to convince the England boss to book him on the flight to Qatar.

After a terrific debut season in Italy, the 25-year-old has only found the back of the net four times in 19 matches across all competitions in 2022-23.

Minutes for Wilson and Rashford may be hard to come by in Qatar with Harry Kane leading the line as captain.

The latter will be more likely to pick up some playing time due to his versatility.

Southgate’s reason for not picking Abraham makes sense, but not when he completely contradicts himself when explaining why Harry Maguire was selected.

He clearly has his favourites. Will this change after the World Cup? Who knows…

Maguire has found himself out of the Manchester United starting XI under Erik ten Hag this season.

Raphael Varane has been favoured next to summer signing Lisandro Martinez.

Maguire has played the full 90 minutes three times in the Premier League this term, but was an unused substitute on Sunday as United lost 3-1 at Aston Villa.

With Varane out injured, Ten Hag started Victor Lindelof instead of his captain.

Despite minutes being hard to come by and his form over the last two years up for debate, Southgate has kept faith in Maguire.

READ LATER: Southgate stuns us all with Maddison and an agreeable England World Cup squad

Many fans don’t believe the former Leicester defender should have been included in the squad, but it was inevitable.

Eric Dier’s place has also come under scrutiny, although he has been brilliant under Antonio Conte at Tottenham.

If Southgate opts for back-five, Dier could be a handy player to start, but he should be nowhere near the starting XI if the England boss chooses to play a back-four.

Another player who is better suited to a back-five is Everton’s Conor Coady, who will travel to Qatar.

Guehi made his debut in March and has been included in the squad ever since.

He has been a crucial player for Palace since joining them from Chelsea last year.

The 22-year-old has played every minute for his side in the Premier League this term and would have gone into the tournament feeling sharp.

Tomori, on the other hand, won Serie A with AC Milan last season and has started every possible game in 21-22, bar one in the Italian league.

Despite this, Southgate clearly doesn’t fancy him and has chosen not to select him for the tournament in Qatar.

His reasoning for Tomori and Guehi not beating Maguire to a place in the squad? Because they didn’t do enough to “push the older ones out”.

“We don’t think the young ones have done quite enough to push the older ones out,” Southgate told reporters.

The England boss then claimed that Maguire is “one of” his “best” central defenders.

“Yes, I’m sure Harry Maguire is one of our best centre-backs,” he added.