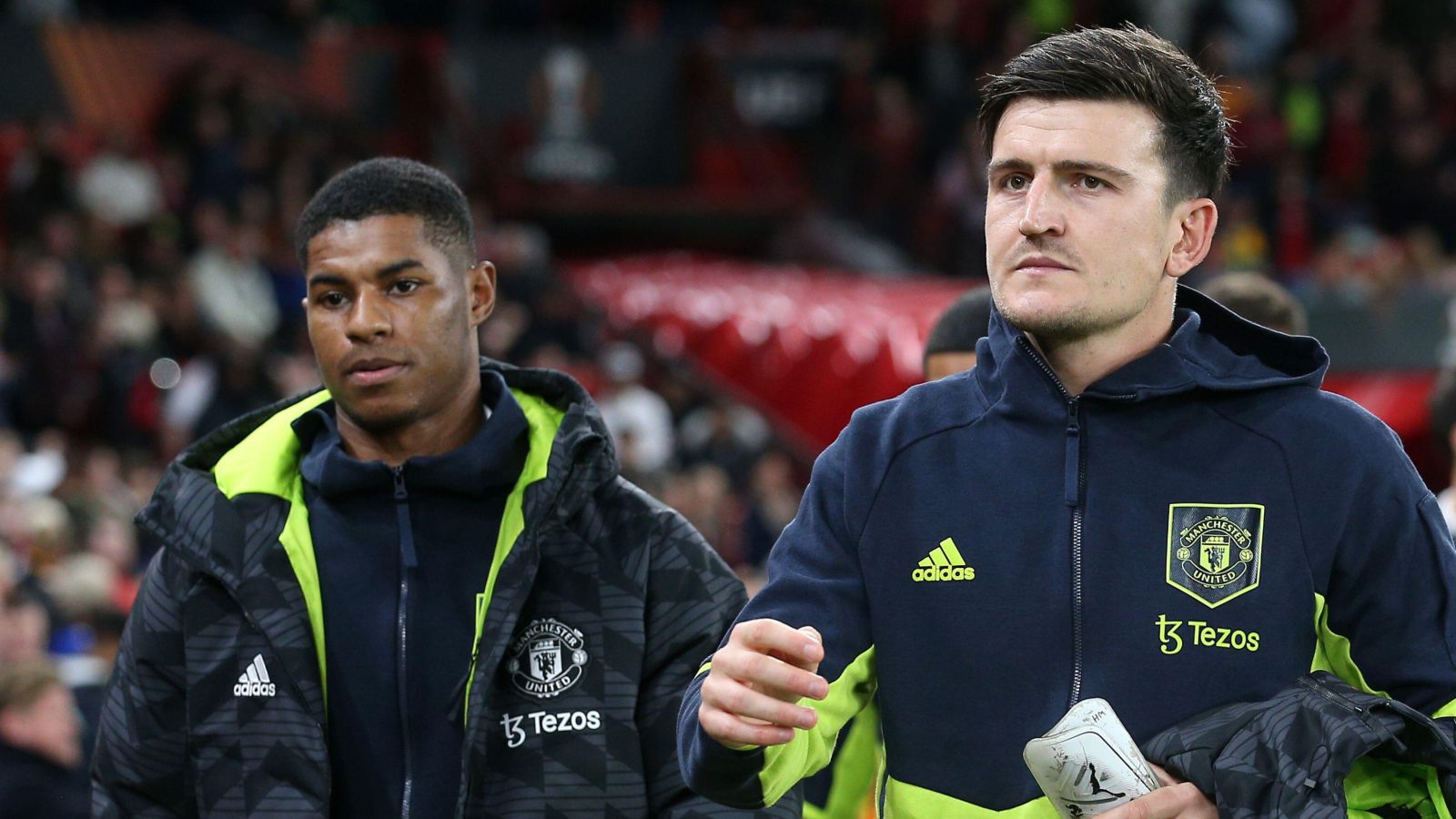 Gareth Southgate has been told that he would be taking a “big risk” if he decides to start Harry Maguire for England at the World Cup in Qatar.

Southgate’s 26-man squad for the World Cup was announced on Thursday afternoon.

As expected, Maguire was included despite him not featuring much for United this season.

The centre-back has gone through a tough spell over the past year as he has been criticised left right and centre.

But while he has struggled for Man Utd, he has largely continued to perform well when he has put on an England shirt.

Southgate clearly still has a lot of faith in the defender and he is likely to start for The Three Lions at this winter’s tournament in Qatar.

Maguire has recovered from injury but he has not played as much as he would have liked before the World Cup.

Ex-United player Lee Sharpe has now warned Southgate that starting Maguire would be a “big risk”.

“I think the Harry Maguire situation is difficult because at the Russia World Cup he was in the team of the tournament, so you don’t become a bad player overnight,” Sharpe told OLBG.

“I think he’s made some big blunders that have been picked up on. I still think he’s a good player and what he’s been through is harsh, everyone has probably gone a bit over the top and made him a scapegoat.

“I don’t think it’s just his performance it’s been everybodys. And I actually think the way Manchester United are playing now would suit him better, it’s a higher tempo, they try to play up the pitch a bit more and press.

“I know Gareth Southgate likes him but I think it’s a big risk. He’s not up to match speed domestically so it’s a big decision.

“I think Maguire has been a target because he’s the captain and he’s made some howlers. When people see you’re making mistakes and losing confidence, people are harsher on you a bit more.

“I do think it’s gone over the top because he’s still a talented player. I think the manager has played it well, and once he’s had that time out he can ease him back into the team to start playing well again.

“I would take Marcus Rashford to Qatar, I’d play him up front with Harry Kane against Iran because I think we will dominate that game,” Sharpe added.

“I’d play a 4-4-2 with Jude Bellingham and Declan Rice in the middle, and I’d play Kane and Rashford with a couple of wide players. Try to dominate and get some early goals.”

READ MORE: 16 Conclusions on an England World Cup squad that proves even Gareth Southgate isn’t immune to The Clamour