Home All The News Southgate: TAA not at the same level as previous years 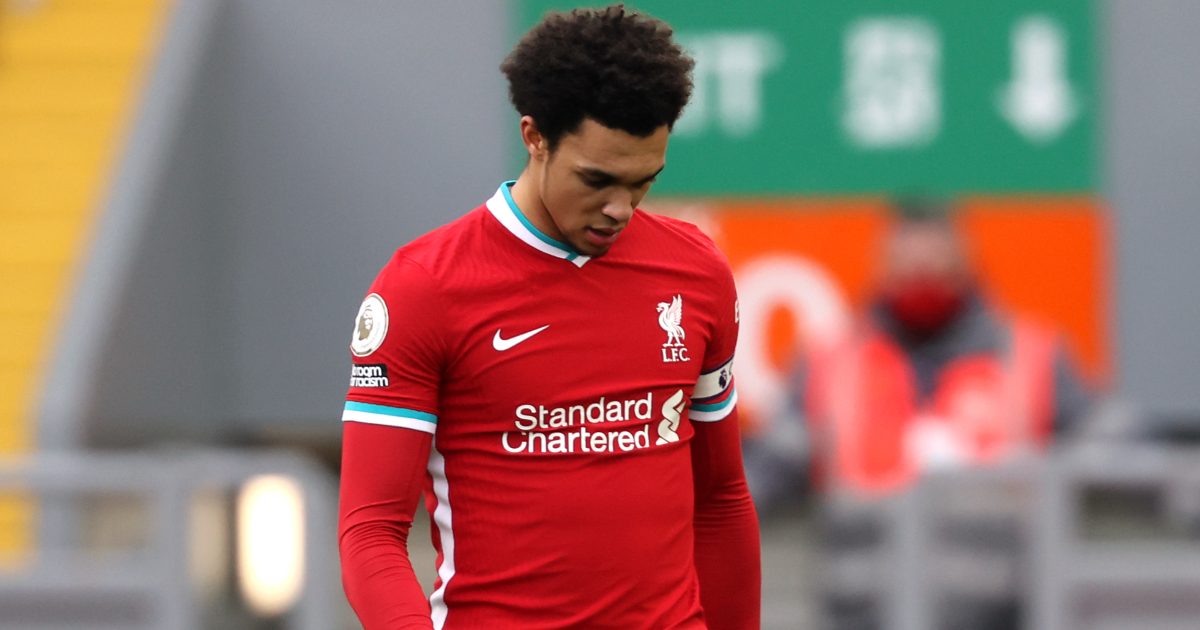 England boss Gareth Southgate has suggested that Liverpool right-back Trent Alexander-Arnold’s form this season has not been to the same level as previous years.

The defender joined Liverpool in 2004 and he made his senior debut for his boyhood club in 2016.

Alexander-Arnold made 12 appearances before the end of the 2016/17 season. This led to him dislodging Nathaniel Clyne to become their new first-choice right-back during the 2017/18 campaign.

Since making his debut, the right-back has totted up 167 appearances in all competitions for Jurgen Klopp’s side.

His form hit new heights between 2018 and 2020 as he helped Liverpool win the Champions League and Premier League.

Alexander-Arnold grabbed 16 assists in 2018/19 as Liverpool won the Champions League for the sixth time. He followed that up last year, as he provided 15 assists in all competitions as he helped his side to comfortably win the Premier League.

The Reds were expected to win the league title again this season. But this campaign has turned into a wretched one for the champions.

They have been hampered by high profile injuries to the likes of Virgil Van Dijk and Joe Gomez, but results on the pitch have been poor.

Alexander-Arnold has been one of their better players. But his form has dipped in comparison to the last couple of years.

The Liverpool defender has been left out of the squad. Reece James, Kyle Walker and Kieran Trippier have been picked over him.

Speaking after the squad was announced, as cited by BBC Sport, Southgate claimed that Alexander-Arnold is taking steps in the right direction:

“In some areas of the pitch, we have incredible competition for places.

“I don’t think he has played to the level he found in the last couple of years but I think he is getting close to that now. He has taken steps in the right direction.

“I have made that same call to Kyle [Walker] and Kieran [Trippier] in the past and their response was a good one. I am certain Trent will play a big part in the future.”