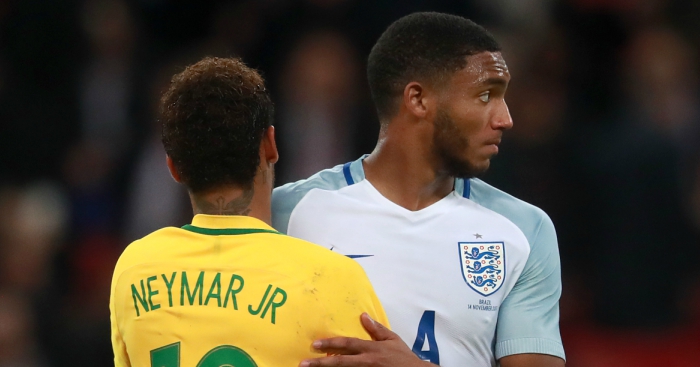 Gareth Southgate is set to recall Joe Gomez to the England set-up after his fine start to the season with Liverpool.

Gomez has played the full 90 minutes of both of Liverpool’s opening Premier League games, with the Reds keeping clean sheets in victories over West Ham and Crystal Palace.

His performances have understandably turned the head of Southgate, who was in attendance at Selhurst Park as Gomez helped keep Palace at bay.

Gomez received his first England caps in 2017, making his debut as a substitute against Germany before being named man of the match in a 0-0 draw with Brazil.

But an injury suffered late in the season robbed him both of a place in the Champions League final and the opportunity to make England’s World Cup squad.

The 21-year-old’s impressive start to this campaign is likely to see him back in the England picture however, with the Three Lions facing Spain in their first UEFA Nations League game next month, before a friendly against Switzerland.

Gary Cahill could be the possible fall guy. He is one of the most experienced members of the current squad and played at the World Cup, but has yet to feature for Chelsea this season.

Southgate is also reported to be considering calling up Southampton keeper Alex McCarthy in place of the injured Nick Pope.