Home All The News Southgate: ‘Too many questions’ still loom over TAA and co 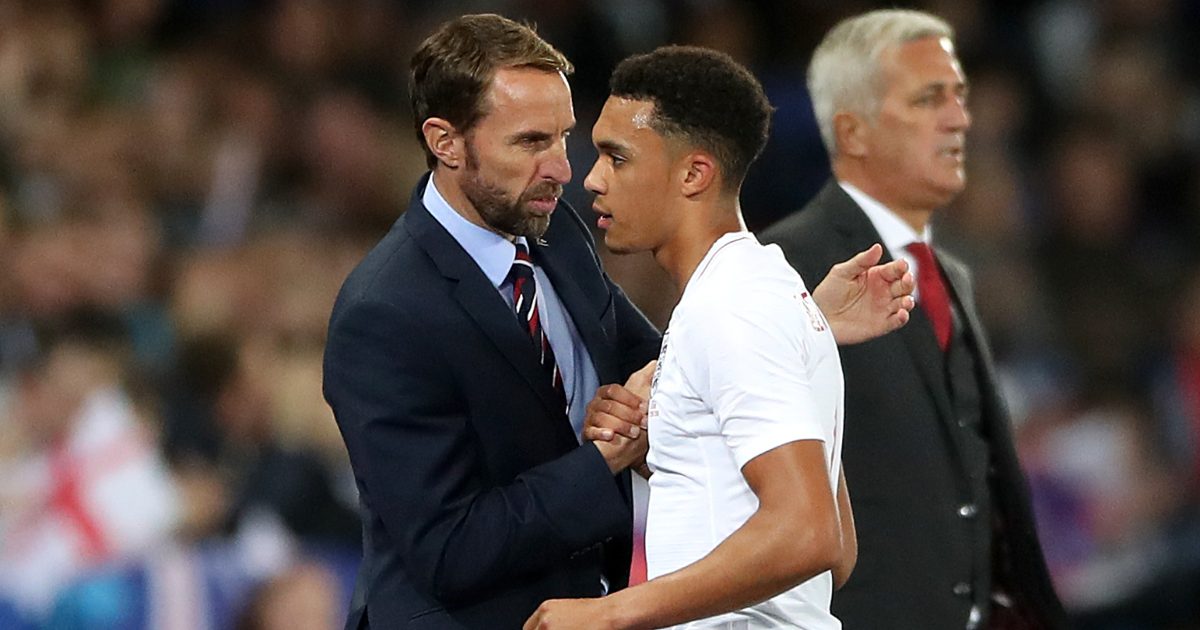 Southgate named his provisional 33-man squad for the European Championships on Tuesday afternoon.

The right-back birth continues to be one of the most hotly contested positions for England.

Alexander-Arnold was left out of the squad for their World Cup qualifiers against San Marino, Albania and Poland in March.

But he has been named in the 33-man squad alongside Walker, James and Trippier. The Three Lions boss will likely cut one of his right-backs from the squad and reports have emerged which suggest that Alexander-Arnold will be the one to drop out.

During his press conference on Tuesday (as cited by BBC Sport), Southgate refused to be drawn on which right-back will drop out. He insisted that things will “become clearer” in the coming days:

“Trippier can play at left-back. Alexander-Arnold can play at wing-back, I think he can play midfield. I’ve seen Reece James play on the right side of a back three, at wing-back and as a midfielder. in a tournament, those flexible players who can fulfil different roles will be hugely important.

“We don’t know how the next few weeks will play out in terms of availability and injuries, what our best system will be with the players we’ve got available. We’ve got too many questions marks as I sit here today, but that will become clearer. We know what we’d like to do, but we’ve got contingencies in place.”

Southgate has handed Ben Godfrey and Ben White their first England call-ups. He added that being part of the squad will give them “good experience” for the future:

“Ben’s a younger player (23) so there’s a bit of an investment for the future there. We’ve tracked him since he was on loan at Leeds. We’ve seen him play in midfield, he’s comfortable on the ball and has pace.

“It’s still early for centre-backs like Ben White, Ben Godfrey and Fikayo Tomori – they tend to mature later. But they’re getting good experience at a young age and we think it’s a good opportunity for them to come and work with us.”