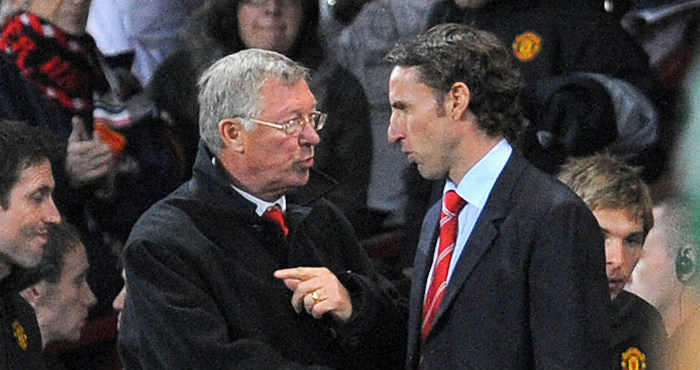 Gareth Southgate will take a leaf out of Sir Alex Ferguson’s book when it comes to helping the development of England teenagers Jadon Sancho and Callum Hudson-Odoi.

After reaching the World Cup semi-finals and this summer’s inaugural UEFA Nations League Finals, the Three Lions got 2019 off on the right foot by beating the Czech Republic 5-0 in Friday’s Euro 2020 qualifier.

Borussia Dortmund winger Sancho provided the opener and dazzled with some of his footwork at Wembley, where fellow Under-17 World-Cup winner Hudson-Odoi and newly-eligible Declan Rice came on for their debuts.

The latter dominated the pre-match agenda but afterwards talk revolved around the attackers as 18-year-olds Sancho and Hudson-Odoi slotted in impressively.

“Absolutely we’ve got competition for places and I think with attacking players anyway they mature very young, and they can go in very young,” Southgate said ahead of Monday’s Group A clash in Montenegro.

“So it’s not an issue to play them, and really we’ve found another player that we really liked (in Hudson-Odoi), but we weren’t certain that he’d be able to adapt to this level, and we’re a bit fortunate in finding him, in that we probably wouldn’t have done that in this camp.

“We’d have given him a bit longer in the Under-21s. But already he’s proved in (this) environment that he can more than cope.”

Southgate has shown time and again that he has no qualms about giving youngsters a chance, yet there is a balance to be struck in terms of getting the best out of them.

Formerly the Football Association’s head of elite development and England Under-21s boss, he pointed to the way ex-Manchester United manager Ferguson got the best out of the likes of Ryan Giggs.

“I think that comes into everything: how much we expose them to the public, how much we put them into commercial situations,” Southgate said of their responsibility to young players.

“I always think of Sir Alex with Ryan and how he did that so well. They had sustained success because of that.

“So, although they’re not our player on a day-to-day basis, I think we’ve got a responsibility to do that as much as we can, because also we’re putting them onto another level and we’ve got to make sure we get the balance right for the club, but most importantly for the player.”