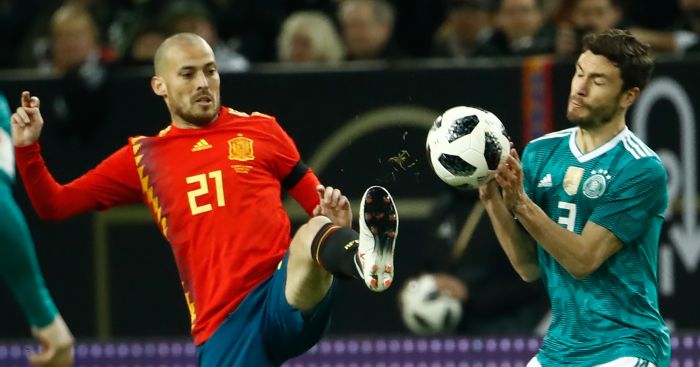 The 32-year-old started the 1-1 friendly draw against Germany in Dusseldorf on Friday but will not take part in Tuesday’s clash against Argentina in Madrid.

Silva has missed several Premier League games for leaders City this season, with boss Pep Guardiola’s blessing, to spend time with his wife and son, who was born prematurely.

The official Twitter account of Spain’s national football team said: “Player David Silva (@21LVA) has been released from the squad for personal reasons.”

Manchester City face Everton in the Premier League next Saturday before heading to Anfield on Wednesday, April 4 to face Liverpool in the first leg of their Champions League quarter-final tie.