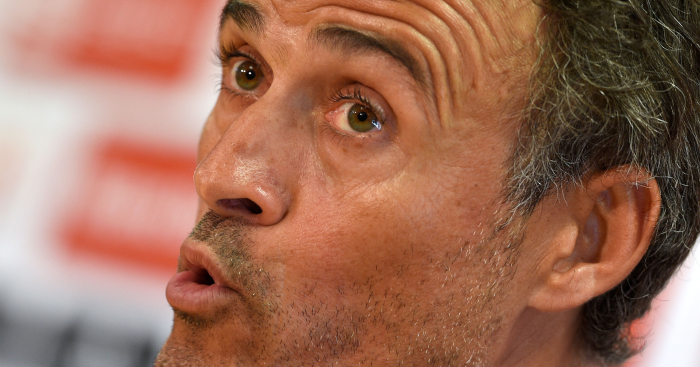 Luis Enrique has been named as the new coach of Spain.

The Royal Spanish Football Federation (RFEF) has announced the former Barcelona boss will be the full-time successor to Julen Lopetegui.

Lopetegui was sacked on the eve of the World Cup after accepting a post at Real Madrid, with Fernando Hierro taking temporary charge at the tournament in Russia.

Enrique, 48, won two LaLiga titles and the Champions League with Barca before stepping down last year. He has previously coached at Roma and Celta Vigo.

As a player he won 62 caps for Spain and played at three World Cups as well as winning Olympic gold in 1992.

Speaking at a press conference widely covered by the Spanish media, RFEF president Luis Rubiales said Enrique’s appointment, on a two-year contract with no escape clause, had been unanimously agreed by the board. A formal unveiling is likely to take place next week.

Rubiales added: “We have not spoken to anybody else – only Luis Enrique.”

The news comes swiftly after the appointment of Jose Francisco Molina as the federation’s new sporting director.

Hierro, who had previously held that role, decided not to return to the post following the World Cup.