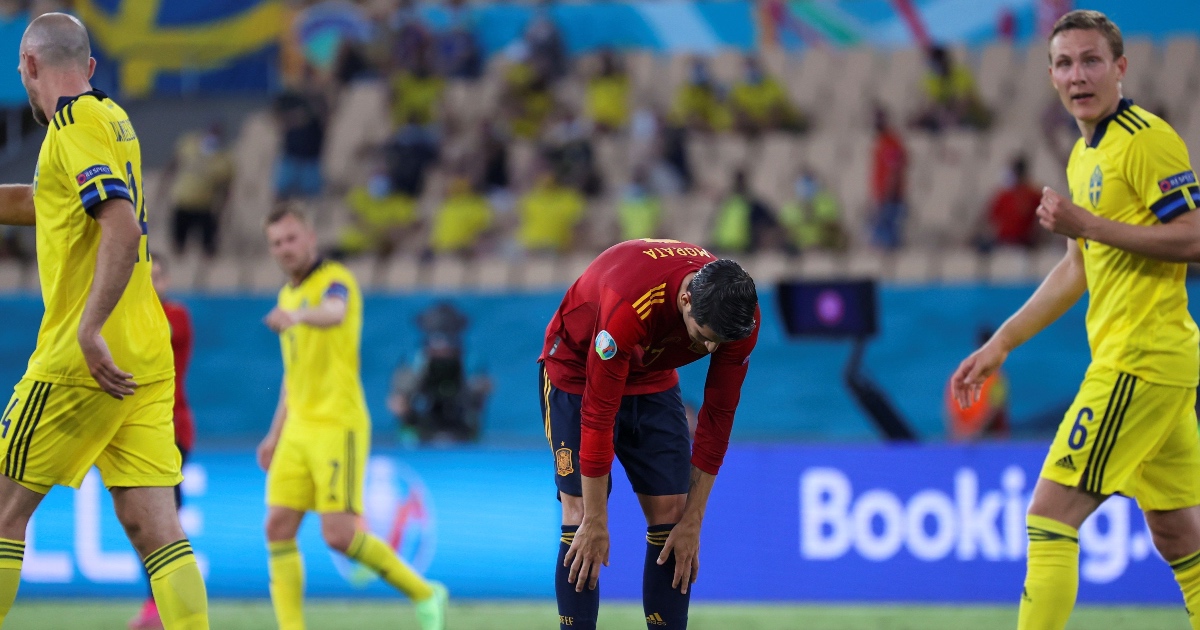 On-loan Juventus hitman Morata wasted one fine opening in each half, as Luis Enrique’s Spain opened their tournament in frustrating fashion.

The three-time European champions dominated the Swedes but still had to ride their luck en route to an opening Group E point.

Marcus Berg wasted the opportunity of the match for Sweden, skying the ball high and wide from just yards out with the goal at his mercy.

And Alexander Isak could easily have seen his deflected effort ricochet into the goal rather than off the post and straight into Spain goalkeeper Unai Simon’s arms.

Spain’s frustrations in failing to find a breakthrough will have been compounded by Slovakia topping Group E with their 2-1 win over Poland.

Morata spurned the best of a handful of fine Spain chances in a wholly-dominant first-half from the hosts.

The Atletico Madrid striker found himself through on goal after Marcus Danielson fluffed what should have been a regulation clearance.

But after the Sweden defender’s fresh-air swing, Morata handed him an immediate reprieve by snatching at his shot and firing wide.

Isak almost delivered the most punitive of ripostes, bundling into the box and lunging an effort in on goal.

The Sweden striker’s shot was likely straying wide when Marcos Llorente diverted the ball in the opposite direction.

The nonplussed Spain goalkeeper Simon was then left to watch on as the ball rebounded off the post and straight into his arms.

Morata hooked wide from another big chance after the interval, to let Sweden off once more.

But then Berg missed a serious sitter of his own, skying the ball high over the crossbar from mere yards out after some fine work in the box from Isak.

Spain continued to press for a winner undeterred however, and Gerard Moreno was unable to beat Robin Olsen with a neat header late on from Pablo Sarabia’s cross.

Sarabia then had a fine chance to steal the result, only to misread Jordi Alba’s cross with the ball deflecting tamely to Olsen.