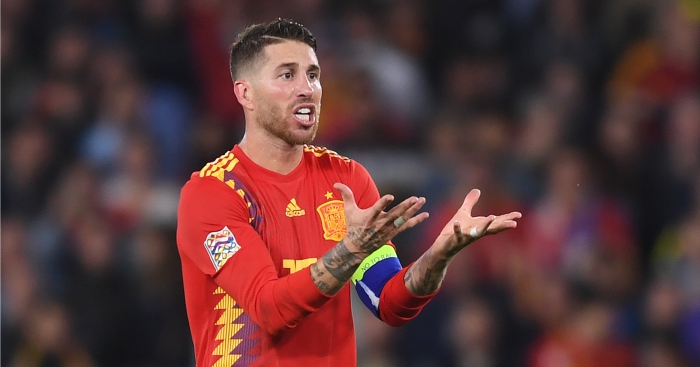 The Spanish press was very quick to damn the national side after their defeat to England in Seville on Monday night, but this was no disaster for La Roja. If anything, it served as a timely wake-up call for Luis Enrique’s side after his excellent start to life as Spain manager.

It’s only been a few months since Spain’s shambolic World Cup campaign, but after a 2-1 away win over World Cup semi-finalists England, a 6-0 spanking of World Cup finalists Croatia and a 4-1 win over Wales in Cardiff, the ghosts of Russia were quickly laid to rest.

It was as though the World Cup was a blip; the only reason for Spain’s failure in Russia was the off-field turmoil, and now that they were stable again, they would get back to winning ways. Huzzah.

But just as soon as they got over the disappointment, complacency kicked in.

The young England side was expected to be over-awed by the partisan crowd in the Benito Villamarín, as well as outplayed by their technically superior opponents. That’s not quite how it turned out. Despite starting brightly and having the better of the early chances, Spain were comprehensively outplayed by England in the first half, and couldn’t cope with the visitors’ pressing, aggression and speed of thought and movement.

The likes of Sergio Ramos and Sergio Busquets, who have formed the vanguard of this Spanish team for over a decade, struggled with England’s intensity. The fact is that they are not used to being challenged in this way, and that is something that Luis Enrique will need to address. It is rare that either one has an off night, let alone both, but it was clear that both men needed greater support in the face of English pressure.

Although his club form has been poor of late, Gerard Piqué’s retirement from the international scene has provided Luis Enrique with something of a headache, as the long-standing, tried and trusted centre-back pairing he formed with Ramos has now been broken.

Luis Enrique plumped for Nacho Fernández to partner Ramos, but given he has been playing at left-back for Real Madrid all season with a modicum of success, he may not have been the most logical choice. The talented Real Betis centre-half Marc Bartra has been in imperious form since he joined the club in January, and would surely have been a better bet to start alongside Ramos on his home ground.

Meanwhile in midfield, Busquets had precious little support from the anonymous Saúl Ñiguez, and his Atlético Madrid team-mate Rodri can count himself unlucky not to be selected after his excellent performance against Wales.

Full back is another problem area, and partly one of the manager’s own doing. Right-back Dani Carvajal is missing through injury, and his defensive awareness and attacking capabilities are missed in his absence. He will return, though, and will presumably replace Wolves’ Jonny in the line-up.

On the other side of the pitch, the issue is quite different. Marcos Alonso played against England, José Luis Gayà played against Wales, but Jordi Alba stayed at home. Alba is undoubtedly one of the best left-backs in world football, but fell out with Luis Enrique while the Asturian was manager of Barcelona, and the feud continues to this day.

Alonso’s poor performance against England has increased the public pressure on Luis Enrique to pick Alba, but it highly unlikely he will swallow his pride, even if Alba’s absence is detrimental to the team. There is no doubt that the Barcelona left-back is a far better option than Alonso or Gayà, and his continuing omission from the side is bad news for both player and country.

As well as learning about his own side’s limitations, ‘Lucho’ could take some pointers from England’s performance. Spain’s benign, toothless possession was exposed by a hungry, aggressive and motivated England side, and there is a clamour among the Spanish media for la selección to move to a more direct style of football after ten years of variations around the ‘tiki-taka’ theme.

There are plenty of positives for Luis Enrique too. He can take heart from his side’s second-half performance, and the impact of his substitutes. But perhaps the biggest positive he can take from the defeat is that it exposed so many problems so early in his reign. As the old cliché goes, you learn more about your team in defeat than victory, and the lessons learned by Luis Enrique in Seville could prove invaluable as he looks to take Spain back towards the top of the international tree.