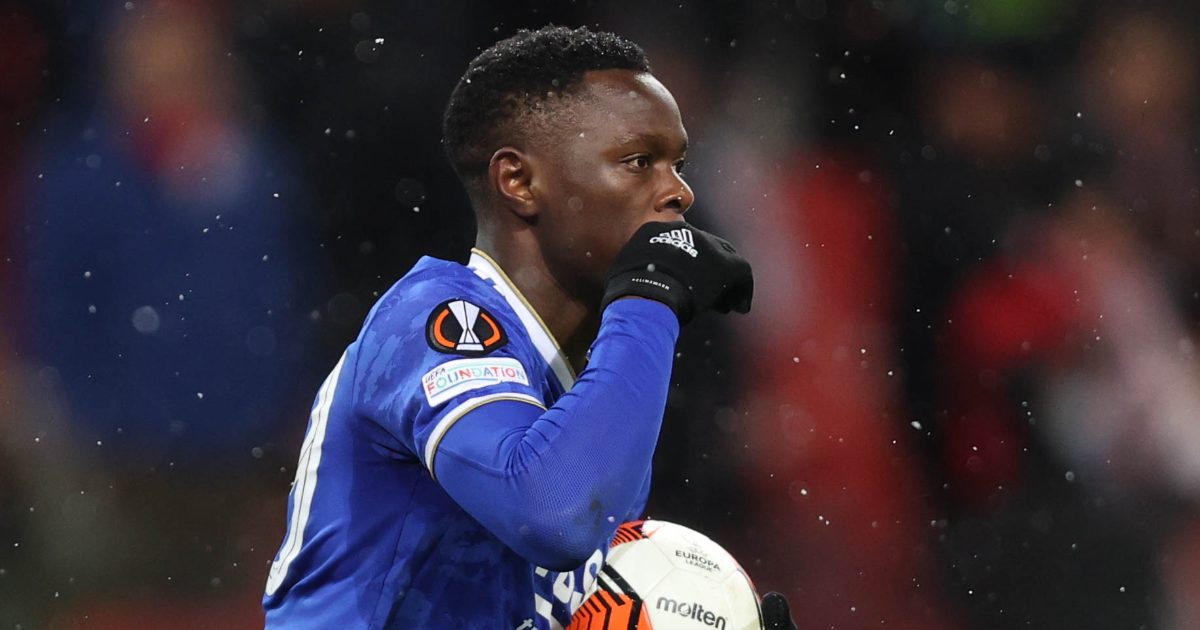 Patson Daka scored all four of Leicester City’s goals as they came from behind to beat Spartak Moscow in the Europa League.

Aleksandr Sobolev and Jordan Larsson got the goals for the Russian side. Leicester got one back just before the break as Daka scored his first.

Sobolev pulled a late goal back but Leicester held on for a famous European win.

Daka is the first Leicester player to score a hat-trick in Europe and victory lifted them into second in Group C, ahead of home games with Spartak and Legia Warsaw in November before a final trip to Napoli in December.

Having underlined the game’s importance following one point from the opening two games, boss Brendan Rodgers needed a fast start and he effectively got one when Daka slashed wide after a neat James Maddison pass.

But, even then, the Foxes fell behind after 11 minutes to epitomise what had previously been a faltering European campaign.

They failed to clear as Sobolev and Zelimkhan Bakaev tried to find a way through before Sobolev’s cross hit Boubakary Soumare to catch out Kasper Schmeichel and creep in at the near post.

Youri Tielemans tested Aleksandar Maksimenko with Maddison firing the rebound over as Leicester looked for a response.

Having made just two changes – Luke Thomas and Daka coming in – from Saturday’s thrilling 4-2 win over Manchester United, Leicester were strong yet suffered first-half frustration.

Spartak picked their moments to break and looked dangerous while the Foxes’ initial threat waned.

They had plenty of the ball but the hosts were resolute and Thomas’ speculative effort encapsulated Leicester’s determined but fruitless efforts since going behind.

Spartak had showed their grit and they pounced to add a second a minute before the break when Caglar Soyuncu made a mess of a clearance and Victor Moses crossed for Larsson to finish from eight yards.

Leicester, though, hit back just 74 seconds later as Kelechi Iheanacho picked out Daka to skip behind the hosts’ defence and slot past Maksimenko.

It was a lifeline for the Foxes, one which they grabbed in stunning style to complete their turnaround within nine minutes of the restart.

First, three minutes into the second half, Iheanacho pulled away from the Spartak defence and crossed for Daka to tap in from close range.

The striker was not finished and, when Tielemans’ pass split the hosts, Daka slipped the ball under Maksimenko to give Leicester a 54th-minute lead for a scoreline which seemed improbable just before half-time.

Leicester lost Tielemans to injury but it failed to stop them and Daka seemingly wrapped up the points with 12 minutes left, latching on to Maddison’s pass and finding the corner.

Sobolev still had time to net a third for Spartak with four minutes left but the Foxes held on for a crucial win.