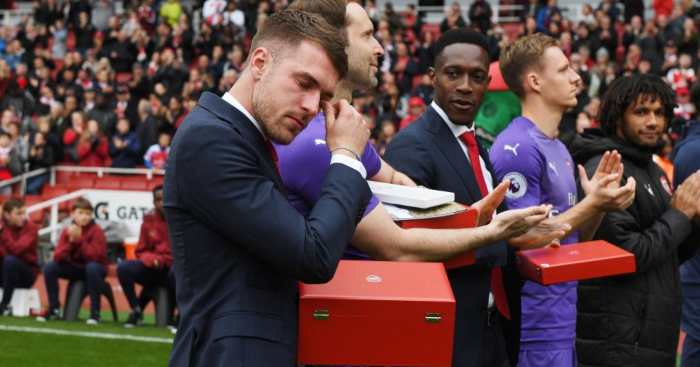 Liverpool came close to beating Arsenal to Aaron Ramsey’s signature back in 2008, according to reports.

Ramsey was allowed to join Juventus on a free transfer this summer after the Gunners failed to renew his contract at the Emirates Stadium.

The Welshman made 369 appearances in all competitions for the Gunners and scored 64 goals in the process over his 11 seasons at the Premier League side.

However, it could have all been so different for Ramsey, who joined Arsenal in June 2008 from Cardiff for £4.8m, as Liverpool boss at the time Rafa Benitez wanted a young Ramsey and even invited him down to Melwood.

However, LFC writer Paul Tomkins (via talkSPORT) claims that the deal fell through as Liverpool didn’t think there was any need to sign him as they had a lad called Jay Spearing waiting in the wings.

Tomkins wrote on Twitter: “Rafa told me that he had Aaron Ramsey at Melwood a few months before he joined Arsenal, ahead of a move of about £1m. His account was that he was told we had Jay Spearing, so couldn’t complete the move.”

Spearing now plays for League One side Blackpool after spells with Leicester City, Bolton Wanderers and Blackburn Rovers.