Home All The News ‘Special’ Anfield is my favourite stadium – Wenger 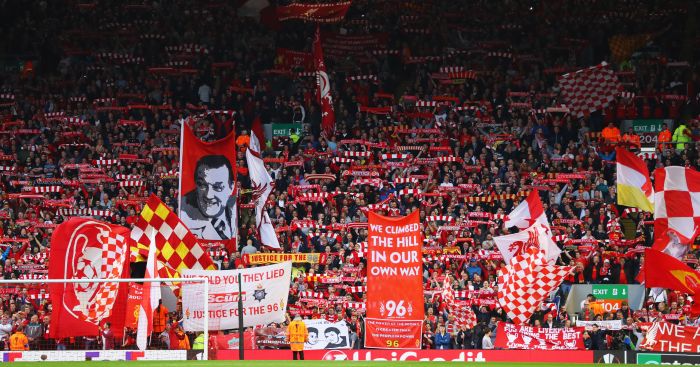 Arsene Wenger says the “special vibes” he gets from visiting Anfield makes it his favourite stadium since Highbury closed its doors.

The Frenchman and his Arsenal side have been involved in some memorable clashes against Liverpool since he moved to England in 1996.

And Wenger has revealed that it is the ground he most looks forward to visiting each season, with Goodison Park and St James’ Park pushing Anfield close.

“My favourite stadium with biggest fanbase with the most heated atmosphere is Liverpool,” Wenger told Bein Sport.

“Because there’s special vibes there.

“The song before the game, You’ll Never Walk alone, the history of the club and the stadium itself.

“Before it was Highbury. It had a special soul.

“Football is like what it was 30 years ago because of the environment of the game.

“The passion, the soul of the stadium. It has the most heated, supportive atmosphere.”