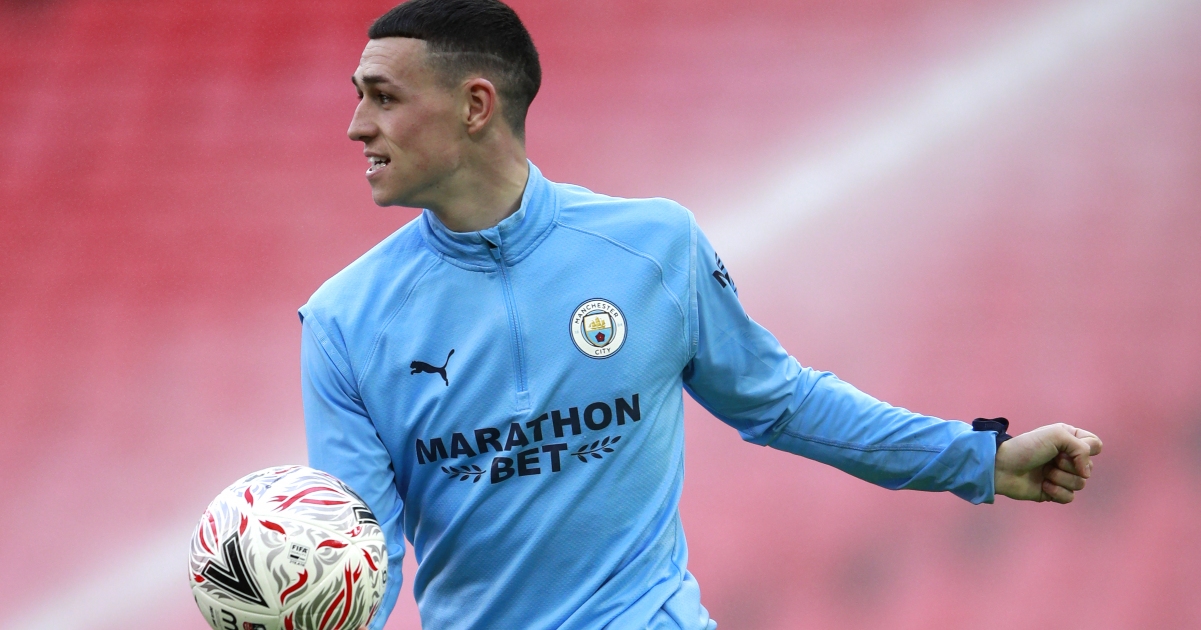 Phil Foden does not just scare opposition players – he strikes fear into his Manchester City team-mates, too.

Foden has produced a number of outstanding displays for City in recent weeks, most notably in both legs of their memorable Champions League quarter-final victory over Borussia Dortmund.

The midfielder was again impressive as City came from behind to win at Aston Villa on Wednesday and move within eight points of reclaiming the Premier League title.

His rise led former Tottenham midfielder Jamie O’Hara to claim this week that Foden is already better than Paul Gascoigne.

It is a bold claim but one Ruben Dias would add his weight to.

The Portuguese defender is in the running to be crowned City’s player of the year after a hugely influential campaign.

However, he claims he is so in awe of the 20-year-old, he asks Foden to go easy on him in training.

Dias said: “He is a special talent. He is always driven and you never see him going down like, ‘This isn’t going well for me’ or ‘I have this problem or that problem’.

“He knows very well what he is going for and when you have a player with this quality and with this mindset, it is very difficult not to be successful.

“He knows, against me, he needs to go slow!”

Dias may be a fan of Foden but there is no doubting his own contribution to a City campaign which, until last week, was focused on four trophies.

The Portugal international has solved Pep Guardiola’s centre-back problem and instilled greater confidence in the rest of the team.

And while the 23-year-old admits the player of the year talk is a something to be enjoyed, it won’t distract him from the primary focus – winning the Premier League.

He said: “The nominations are not in yet but to be spoken of in those terms is a tremendous privilege for me.

“It is something that makes me feel good, makes me feel that my work is being well done but, essentially, what it tells me is that the team is having success.

“For me to be on that shortlist, especially as a defender, it can only mean the team won and had success. That, for me, is the biggest thing.

“If you said to me that ‘in your first year in the Premier League you can win the player of the year’, it would be amazing.

“But what I really want in my first year is to win the Premier League. That would be my biggest achievement.”