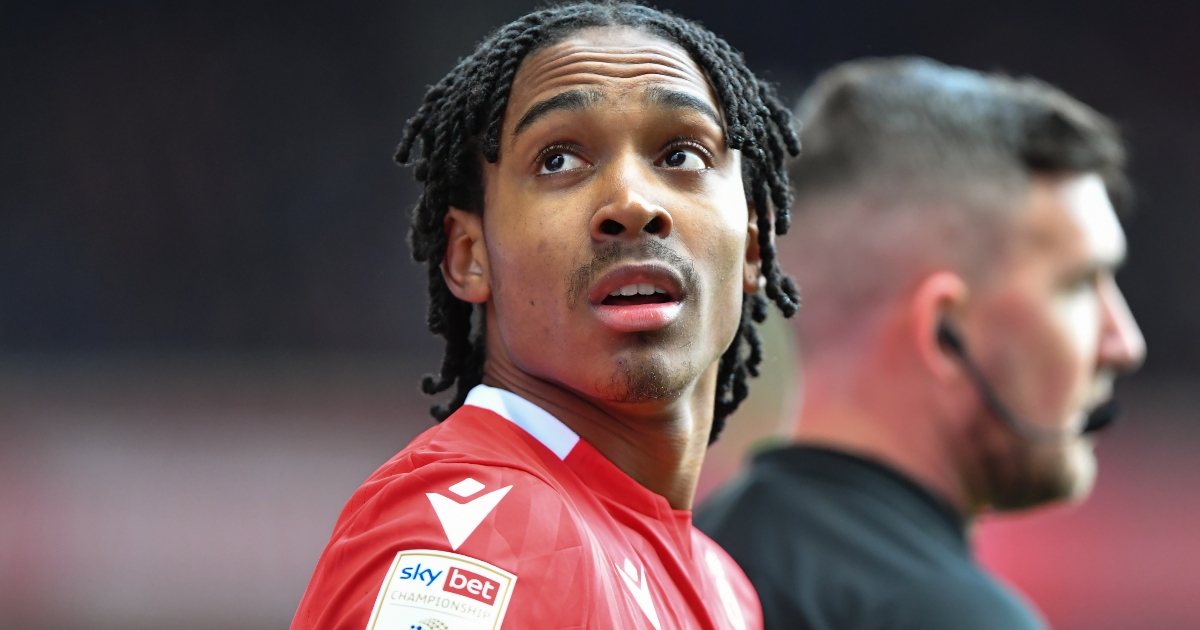 Middlesbrough full-back Djed Spence is attracting interest from the Premier League, Bundesliga and La Liga, according to reports.

Spence is currently on loan at Nottingham Forest from Boro, where he has established himself as one of the top young talents in the Championship this season.

And his performances have sparked interest from Arsenal and Tottenham, in particular, with Bayern Munich also being added to the transfer mixer.

Arsenal currently have Takehiro Tomiyasu and Cedric Soares as their right-back options, but with the latter turning 31 this year, Spence could be a long-term option for Mikel Arteta.

Tottenham, on the other hand, have Matt Doherty, who recently turned 30, as well as Emerson Royal, who signed for the north Londoners last summer.

Interest in the defender doesn’t end there, however. Sky Germany journalist Florian Plettenburg (story via Sport Witness) claims that at least 12 teams are ‘courting him’.

Plettenburg says that ‘seven top clubs’ in the Premier League, including Spurs and Manchester City, are interested.

Update #Spence: #FCBayern is still interested! Further talks are planned this month. Player wants a decision in April/May. Price tag: €10-15m! Besides FCB, 7 top clubs from the PL are said to be courting him (including #ManCity & #COYS) + 2 🇪🇸 clubs + BVB, Leipzig. @SkySportNews

Spence wants a decision to be made in ‘April/May’, with the 21-year-old reportedly valued between €10-15m by Middlesbrough.

The German journalist adds that RB Leipzig, Borussia Dortmund and two Spanish clubs are also keeping tabs on the Englishman.

Meanwhile, Tottenham head coach Antonio Conte says he deserves to be at a club that is fighting for trophies.

Spurs are condemned to another season without a trophy after an embarrassing FA Cup loss at Middlesbrough, while they are the outsiders in the race for a top-four finish in the Premier League.

“Now this is a new challenge for me,” the Italian – who joined Spurs last November – said.

“For sure you need patience and you know at this moment you can’t fight for something important, for what I am used to doing in my past and I think I deserved to do in the past,” he said, casting more doubt over his possible longevity at the club.

“I deserved to stay and fight to win the league, to win trophies, because someone gave me something in my career.”