Home F365 Says SPOILER ALERT: N’Golo Kante is back to his Chelsea best 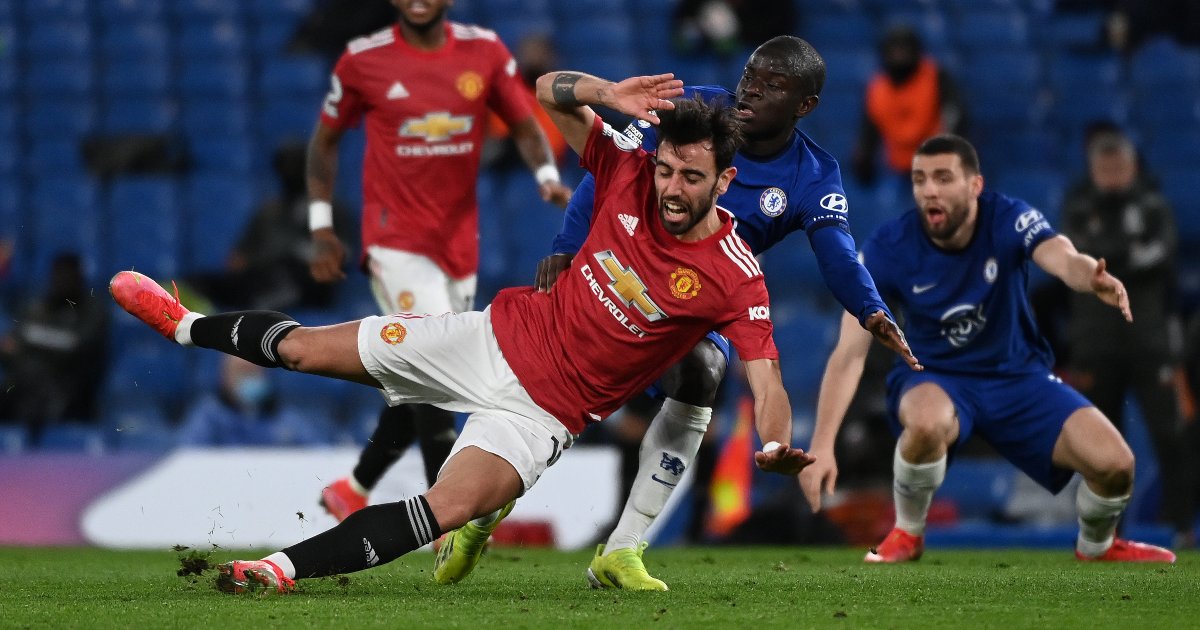 We are long past the point where defensive midfielders are underappreciated, and yet it is still galling to see all the discourse after Chelsea and Manchester United’s 0-o draw being about a refereeing decision, helped by Ole Gunnar Solskjaer indulging in some conspiracy theorising about a slightly cheeky website entry that once again stopped them scoring against Big Six opposition. We do not expect to see N’Golo Kante on the back pages of every national newspaper after nullifying the threat of Bruno Fernandes – that never happens unless you are English and blood is spurting from your head – but a little more love for the sport’s spoilers would never go amiss.

And this was an unashamed spoiling job, with manager Thomas Tuchel saying “it was his job to be around Fernandes and take him out of the game, which he did fantastically”. It was tempting to write ‘admitting’ instead of ‘saying’ as we are conditioned to think that man-marking is a negative element of the game which should be confined to underdogs and overachievers, but we are not the Daily Mail and we do not believe that countering the strengths of the opposition is basically stealing all the fun. To stop Fernandes is to stop Manchester United and Tuchel has inherited the perfect shackles in Kante.

After two years of managers trying to utilise his energy in different, more creative ways, Kante is exactly where he should be: in a double six and charged with stopping the opposition. It’s where he is happiest. Against United, he made seven tackles and four interceptions. It was the kind of performance that sent fans scrambling for gifs that feature pockets, keys and mobile phones. After missing the first games of Tuchel’s reign through injury, it’s now unlikely that he will miss many more; Tuchel has put discipline and structure at the heart of his first iteration of Chelsea (it’s the easiest thing to fix) and Kante is the ultimate discipline and structure player.

Some were ready to write off Kante after January’s 3-1 defeat to Manchester City, but it was clear that he was being let down by a manager who seemingly had little idea how to build a team from the back. At one point during that sh*t-show, Chelsea left Kante back as the only player within 70 yards of his own goal while attacking a free-kick at 2-0 down. He was chasing shadows all game but he returns to a Chelsea side that leaves no room for shadows. It might not be the template for a title challenge but it’s the template for a short-term fix that might just get them into the Champions League.

And if that template had a mascot it would be Kante, who tellingly cites the title-winning side of Antonio Conte as his “beautiful time” at Chelsea. This is the closest Chelsea have since come to mimicking that style and that formation, though Tuchel will curse the absence of an Eden Hazard or a Diego Costa. But he does have a Kante, and the last time the Frenchman went to Anfield with a Chelsea team playing that formation, he put in 14 tackles and they were a missed penalty away from victory. After last season’s 5-3 without him, Chelsea might take the same again.