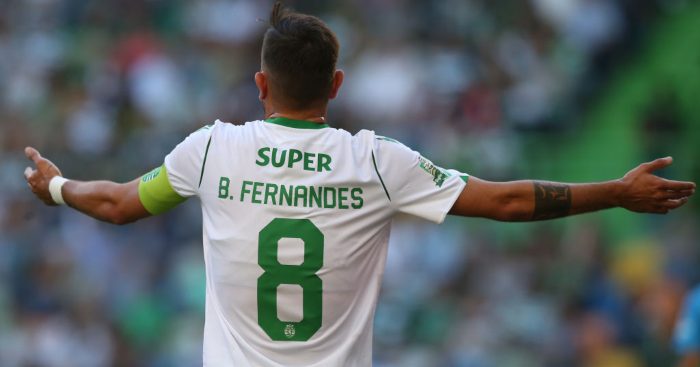 Sporting Lisbon have denied one claim surrounding a potential deal that would see midfielder Bruno Fernandes move to Manchester United, according to reports.

With further dramatic headlines on Tuesday, including ‘It smells like farewell’ with another headline inside A Bola saying ‘The hour of goodbye’.

RTP (Portugal’s public service broadcaster) via Sport Witness says, after speaking to sources, Sporting are ‘denying’ claims that a Fernandes’ deal to United will only be announced after the midfielder has represented the club in the Portuguese Supertaça on Sunday.

Sporting insist that the rumours “are completely false” but do expect the same specualtion “until the Supertaça identical rumours replicate in the same channels”.

And RTP continues by pouring cold water on Fernandes to United claims with saying that no bids have been made for the Portugal international.