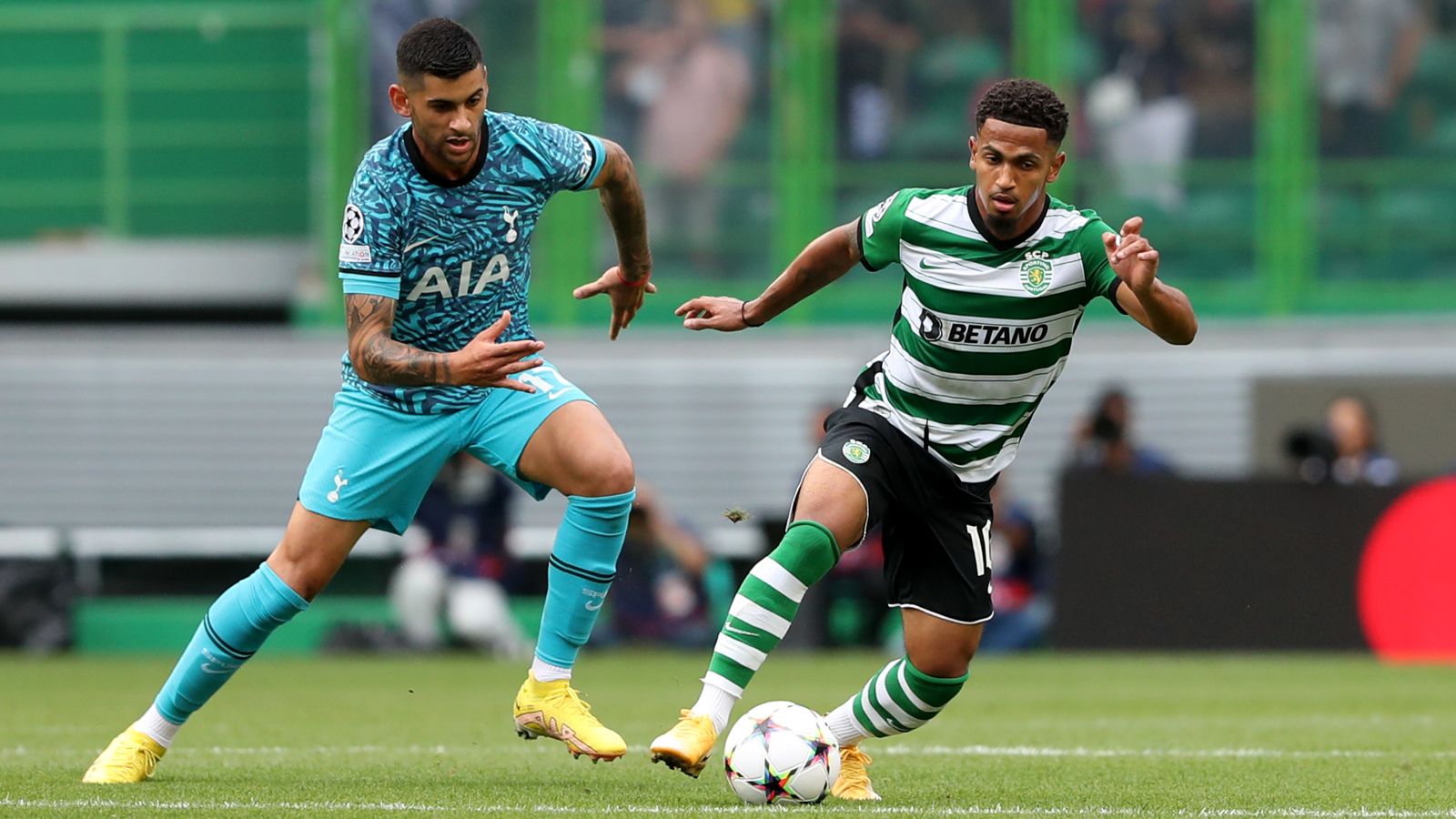 Sporting Lisbon scored two late goals against Tottenham Hotspur as they condemned Antonio Conte’s men to their first defeat of the 2022/23 campaign.

It looked like Spurs would be held to a goalless draw in Portugal but they were punished for their poor performance late on against Sporting Lisbon in the Champions League group stages.

Paulinho headed the ball home from a corner to make it 1-0 before Arthur Gomes dribbled into the box and scored to put the hosts top of Group D with two wins in two games.

Boss Antonio Conte will be furious with the manner of the loss as his side suffered their first defeat since April in an uninspiring display.

It had been a slow start, with Marcus Edwards intent on showing his old club what they were missing from the start.

The ex-Spurs youngster left in 2019 to join Primeira Liga side Vitoria de Guimaraes. He only made one senior appearance for Tottenham.

Edwards shone for Vitoria de Guimaraes for two seasons before he joined Sporting Lisbon at the start of 2021.

And after a darting run down the channel he laid a chance on for Pedro Goncalves inside the opening 10 minutes, but Hugo Lloris was equal to the low shot and tipped it wide.

Spurs looked threatening in patches and thought they took the lead on the stroke of half-time as Richarlison rounded the goalkeeper after being played through by Harry Kane, but the Brazilian was well offside.

It needed another Lloris save to ensure the visitors went in level as the Frenchman denied Edwards a wonder goal.

The 23-year-old, who ex-Tottenham Hotspur boss Mauricio Pochettino once compared to Lionel Messi, sauntered past a number of challenges to advance into the box, played a one-two, beat another man and then stabbed a shot, but was denied by a fine low stop from the Frenchman.

Spurs started the second half strongly and had enough chances to take control of the game.

Emerson Royal could not connect properly with Kane’s quick free-kick, the England captain then stung the palms of Antonio Adan and Richarlison drifted an effort wide at the far post.

Spurs upped the ante in search of the breakthrough and Kane was just unable to get on the end of a wicked Ivan Perisic cross while Richarlison headed Dejan Kulusevski’s cross wide.

But Spurs were undone in three minutes of injury time after spurning several chances of their own after the interval.

Paulinho glanced a header home to shock Spurs before Arthur produced a moment of brilliance to weave into the area and shoot under Lloris to put the result beyond doubt at the Estadio Jose Alvalade.