Home All The News Sporting include ‘anti PL clause’ in new deal for Chelsea, Liverpool target 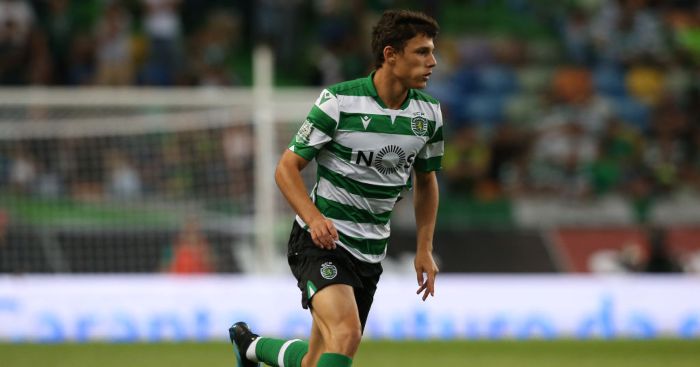 Sporting Lisbon have included an ‘anti Premier League clause’ in Eduardo Quaresma’s new contract at Estadio Jose Alvalade amid links with Liverpool and Chelsea, according to reports in Portugal.

Quaresma has emerged as one of the Lisbon side’s most promising academy players. The centre-back made his first team debut in Sporting’s first game back from the three-month break in the Primeira Liga.

Quaresma must have done something right, as he retained his place for Sporting’s next game. Lasting the full 90 minutes, he helped them keep a clean sheet against Pacos Ferreira.

FEATURE: Ranking the Big Six clashes from closest to most one-sided

According to Jornal De Noticias (via Sport Witness), several Premier League clubs have now been alerted to Quaresma’s potential. Among them are Chelsea, who have already made big moves ahead of the summer transfer window in securing the signings of Timo Werner and Hakim Ziyech.

With their midfield and attack strengthened, Chelsea could look to reinforce their defence as well. Quaresma, 18, appears to be an intriguing prospect, and could be a long-term investment.

However, if they do choose to make an offer for him, it won’t be a cheap one. Amid news that Quaresma has agreed a new five-year contract with Sporting, Jornal De Noticias claim that he is now protected by a €45m release clause.

That clause is intended to ward off interested Premier League suitors. Nevertheless, Sporting will not be able to stand in his way if the price is met and he wants to leave.

With Chelsea having spent big on Ziyech and Werner, that asking price may hamper their chances of signing him. But they are not the only interested party from England.

The newspaper adds that Liverpool have also “been following him attentively”. Joe Gomez has impressed alongside Virgil van Dijk this season, but with uncertainty over the future of Dejan Lovren, Liverpool could find themselves in need of a reinforcement.

Lovren has been named as one of six players who could make way for Liverpool to raise funds for signings. Priced at £10m, the Croatian is out of contract next summer, so the Reds could choose to sell rather than losing him for free.

Manchester United had also been linked with an interest in Quaresma. They, like Liverpool, have a reliable first-choice centre-back in Harry Maguire, but may still be looking for his ideal partner.

However, it appears unlikely to be Quaresma. The defender told his club’s website that he wants to stay in Lisbon for the foreseeable future.

“This contract extension proves that this club believes in me and I believe in this club,” he said. “We will remain together for many more years to come.”