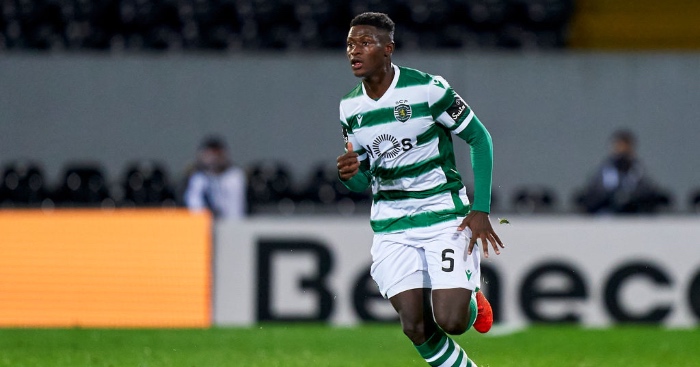 The release clause of Arsenal target Nuno Mendes has been increased from £40 million to £62 million, according to reports.

The Gunners are thought to be monitoring the Sporting Lisbon player as he’s seen as a future star.

Liverpool were told back in early September that they would have to fork out  €45 million to activate Mendes’ release clause.

But according to Portuguese outlet Record (via The Sun), that release clause has now been increased to £62 million.

The report states that the player’s representatives and club officials have agreed on a new contract for Mendes.

That follows his brilliant form since breaking into the first team.

He is the latest in a long line of Sporting academy graduates, with arguably the most famous being Cristiano Ronaldo.

The action is a means of deterrence to Europe’s elite clubs.

Arsenal aren’t the only club to be interested in Mendes, but the Gunners might now be priced out of a deal.

The defender would provide competition for places at left back, which is his preferred position.

Since making his senior debut in 2019, Mendes has featured 18 times for Sporting. That includes multiple appearances during the club’s Europa League qualifying campaign.

Despite this obvious bad news for Arsenal fans, they will be pleased to know that Liverpool no longer seem interested in Mendes.

The Anfield club is diverting its attention to other European wonderkids. That includes Barcelona’s Alejandro Balde, whom they have already made contact with.

It looks set to be an interesting year for Arsenal in terms of transfers. They’re still in the hunt for Houssem Aouar from Lyon, who is thought to be Arteta’s top priority.

With the emergence of Mendes as another target, Arsenal might have a record window for transfer spending coming up.