Home F365 Says Will Spurs get £113m Felix or next Sanches with Fernandes? 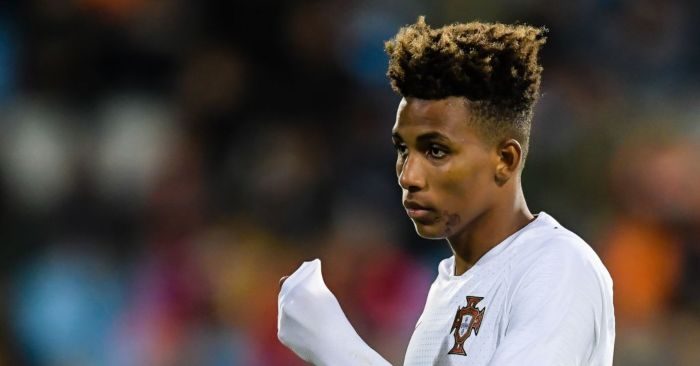 The transfer market is full of cliches, particularly when it comes to the biggest deals. Inflation is a natural part of any business, and over time any product can and will grow more expensive. Footballers are no different, only the market is put under a much greater magnifying glass.

It is widely believed that the increase in television prize money and mega takeovers from businesses who equate to the financial power of some countries are the main reason for bigger transfer fees, and there is a lot of evidence to suggest that is the case. But perception and media reporting can also have a have a huge impact, too.

Over halfway through the January transfer window, there has been very little in the way of major movement in or out of the Premier League. Among the most prominent cliches is the fact that the winter window is tough to deal in, which is accepted across the board.

With no matches and more time to plan and move in the summer, more transfers go through then, especially at the elite end of the market. Tottenham Hotspur have made the biggest headlines so far, winning the battle for young Benfica midfielder Gedson Fernandes on loan with a view to buying him down the line; it seems a fairly sensible way of dealing at a time that can be awkward for everyone involved. West Ham United and Chelsea were both keen on the 21-year-old, and the fee being bandied about to make any switch permanent is reported to be more than £50million.

Fernandes has everything a talented youngster needs in terms of attributes as an imposing midfielder with an eye for a pass, and isn’t short of rave reviews in his native Portugal. He has two caps for his country already, but he arrives in England with a warning from those same people who were impressed with him: he is raw and still needs time to settle into first-team football.

There is little doubt that there will be tough days ahead in the Premier League, especially considering his lack of action this season. His last start came in October, though this is said to be because of a falling out with the coach. He played 53 times in all competitions last season, as Benfica went on to win the Primeira Liga title.

But has there been enough evidence to suggest he should have such an astronomical fee on his head? Let alone a club agreeing to pay it before seeing if he can settle into a different league, country and culture at such a young age? In Fernandes’ case specifically, he shouldn’t face too many off-field issues given that his family already live in London, but more generally speaking, there seems to be a running trend that high fees are paid for players who have proven very little because of market trends.

A month or two ago, it is likely that an average football fan wouldn’t have known much about Fernandes, despite his impressive start in Lisbon. There will be some out there, well-versed in the English game, frantically researching him and watching video clips online. Those people will only have snippets of information about the player, one of which is his reported cost. If someone is going to demand a figure like that, the assumption – justified or not – is that they are a ready-made superstar. Scouts will have watched Fernandes extensively, but given he is coming from Benfica, a club who have built a reputation on developing and selling youngsters for huge money, there is scope to believe he will be worth it anyway.

Renato Sanches and Joao Felix are just two examples of players who have come through and later left the Estadio Da Luz, but they probably best encapsulate the two directions things can go.

Sanches was barely settled in after making his debut before his power and energy caught the eye of bigger fish, all of whom were willing to pay through the nose for him. Eventually, he signed for Bayern Munich in 2016 in a deal worth a possible £60million, but never really got off the ground at the Allianz Arena. A disastrous loan spell at Swansea City saw his stock plummet further and, still only 22, he has been rebuilding his career at Lille since last year.

Felix, perhaps the biggest talent in years, joined Atletico Madrid for £113million in the summer, and despite only playing 26 league games in Portugal, looks to be a talisman in the making for Diego Simeone’s side.

His emergence was much more gradual than Sanches’, and the positive sign is that Fernandes’ has been similar. But there has been a lot of faith put in all three players that they can make the huge step up from what is a more minor European league. Buying potential is always a risk, but there could well be something in the idea that the selling club’s reputation can go ahead of the player, which isn’t always a good thing.

Plenty of others have been sold by Benfica and their bitter rivals Porto off the back of an initial impact, and not all of those players have succeeded in whatever came next. It is a similar situation at clubs like Ajax – though their recent European success means there is a little more to back up their prowess.

The first time many supporters will hear of some players in Fernandes’ position is when they are linked in the papers. Next to their name will be a big price tag, hence why it is easy to assume they must be good enough for their club. Nobody is doubting their ability, but the nature of buying young players from clubs like Benfica brings inherent risk. Yet reputations precede, and it may be worth asking if the perception of these players is altered by the club they are leaving.