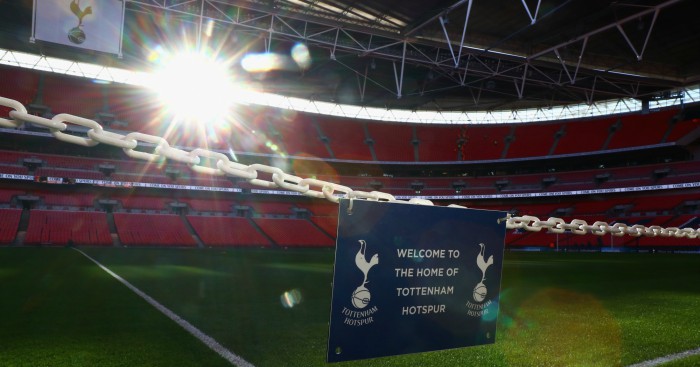 Tottenham and Manchester City have agreed to play their Premier League fixture next month at Wembley, 24 hours after it was originally scheduled.

Spurs have already been forced to move October’s fixtures against Liverpool and Cardiff to the national stadium because of delays to the reopening of White Hart Lane.

Faulty safety systems have also caused Spurs to play their opening Champions League group fixtures at Wembley, while the Carabao Cup clash with Watford will take place at Stadium MK in Milton Keynes.

Tottenham have now accepted that their new stadium will not be ready in time to host champions Man City on Sunday October 28. Switching to Wembley on that date is not possible because of an NFL game, so the two clubs have agreed to move the highly-anticipated clash back 24 hours to Monday October 29.

The Times reports that the FA have agreed to the switch but the Premier League have yet to approve the proposal having already rejected the application to reverse the fixture.

The Premier League are expected to consult with Sky Sports, who had intended to broadcast the fixture on Sunday afternoon. But with few other options available, it seems likely the move will be approved.