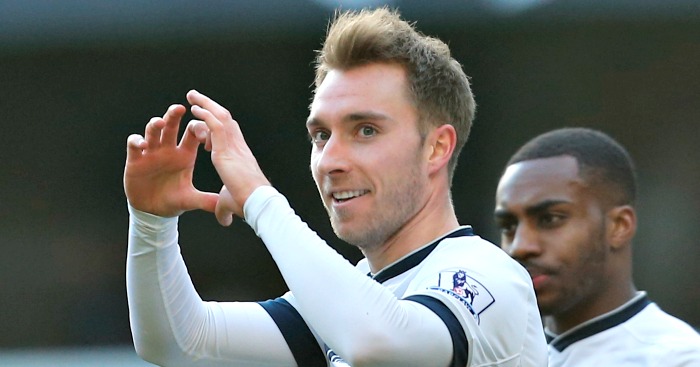 The rise of the No 10 is a relatively new phenomenon in the Premier League. The position itself is not a modern creation, but its perceived importance is. The increase in popularity of the 4-2-3-1 formation has seen the term become a regular and accepted part of the footballing lexicon, the central role behind the striker almost becoming a sport in itself. Sixteen of the 20 clubs in the Premier League regularly use a formation which allows the accommodation of such a player.

The pool of Premier League No 10s is a varied one. There are the unfashionable but effective interpretations from Jason Puncheon and Oscar. Reputation in the role perhaps precedes Ander Herrera and Sadio Mane. Dimitri Payet has emerged as one of the finest in the division. Messrs Ozil and Silva are the established luminaries in the field, of course. And Ross Barkley and Philippe Coutinho represent the most promising of the next generation. Somewhere in between the latter two groups, somewhere in between undoubted brilliance and precocious talent, reads the name ‘Christian Eriksen’.

Just a day after reports emerged that Eriksen was ‘mystified’ by his role at Tottenham, the Dane would surely have been dismayed at starting another game out on the left as White Hart Lane entertained relegation-embattled Sunderland on Saturday. The 23-year-old was once the crux of the Spurs attack, a set-piece extraordinaire who allied chance creation with work rate and steel under Mauricio Pochettino. Had he become the biggest victim of the move to valuing team over individual after the halcyon days of Gareth Bale and Luka Modric?

Whatever his reaction to another start removed from his favoured position, Eriksen emerges as the match-winner. You’d be hard pushed to find a more fortuitous double in recent times, his first goal a scuffed volley, his second via a heavy deflection courtesy of the excellent Jan Kirchhoff, but the Dane won’t give that a passing thought. Nor should he. After a promising performance behind the striker in the FA Cup against Leicester, Eriksen adds yet more weight to his argument.

For while the Dane started on the left-hand side, a tactical change from Pochettino precipitated Tottenham’s 4-1 victory over Sunderland. With Spurs struggling to break down a belligerent defence, Eriksen was moved centrally after half an hour, with Dele Alli moving to the left, and Lamela to the right. Spurs may have conceded within 10 minutes, but they replied instantly. That it was Eriksen with the strike – his first in open play in the league this season – will not have been lost on Pochettino. Neither will a man-of-the-match performance from his former stalwart.

It was not the perfect Eriksen performance, of course. A poor touch – one of many – on 39 minutes brought audible groans from the home fans. He made just one tackle in 90 minutes. He lost possession 20 times, Kieran Trippier the only team-mate more careless with the ball. But this was a game in which Eriksen will have reminded Pochettino of his importance to the cause.

Christian Eriksen has scored 9 Premier League goals from outside the box since 2014/15; more than any other player. pic.twitter.com/d3Dt3zUoWQ

Eriksen’s frustration at a lack of central opportunities would be understandable; he has started just four Premier League games directly behind the striker this season, with Alli (10 times) entrusted far more often. The former Ajax captain played 24 times in the No 10 role last campaign, with no other player being used more than four times. Eriksen became the axis of the attack, the only player to feature in every game, with only Harry Kane and Nacer Chadli providing more combined goals and assists. He was Pochettino’s most trusted lieutenant.

Eriksen’s numbers even matched up against the league’s finest. Since signing for Spurs in summer 2013, he has created 209 goalscoring chances. Only three players have more: Eden Hazard (238), Mesut Ozil (232) and David Silva (212). Esteemed company within which Eriksen did not often look out of place. For comparison, Coutinho – a player Eriksen is often likened to – has created 153 chances in that time.

So what has changed? Eriksen has not enjoyed his finest form this season – two goals against Sunderland doubles his tally over the previous 21 games. But to be displaced by a 19-year-old whose experience stretched only to England’s third tier would be unthinkable for a player with Champions League nous.

“It’s a different season, a different style to how we play, different team-mates,” Pochettino said of Eriksen’s struggles earlier this week. “Sometimes it’s about form and moments. He’s a talented player and we hope and expect that he starts to score again like last season. I’ve changed from last season because I’m one year older, Christian is one year older too. I understand that it’s football and it’s always important to assess and analyse. But Eriksen is a very talented player. We need to wait, to analyse. Sometimes different things happen around your life and sometimes you’re in a good run, sometimes you’re not in a good run. It’s obvious that he’s a very good player for us.”

The message is clear: it’s a team game, and you’ll get your chance to impress. Eriksen’s favoured position may be the No 10 role, but it is also Alli’s. And the 19-year-old is the club’s second-highest goalscorer this season with five, and three assists too. Eriksen faces an unprecedented prospect of playing second fiddle to a player four years his junior, but rotation is the key under Pochettino. A promising but patchy performance against Sunderland should herald an extended run.

Eriksen stands on the periphery of greatness. The Dane is often involved in discussions concerning the finest attacking midfielders in England, but doubts persist. He is better than Coutinho and more accomplished than Barkley, but Ozil and Silva are on another level entirely. It’s up to Eriksen to change that.