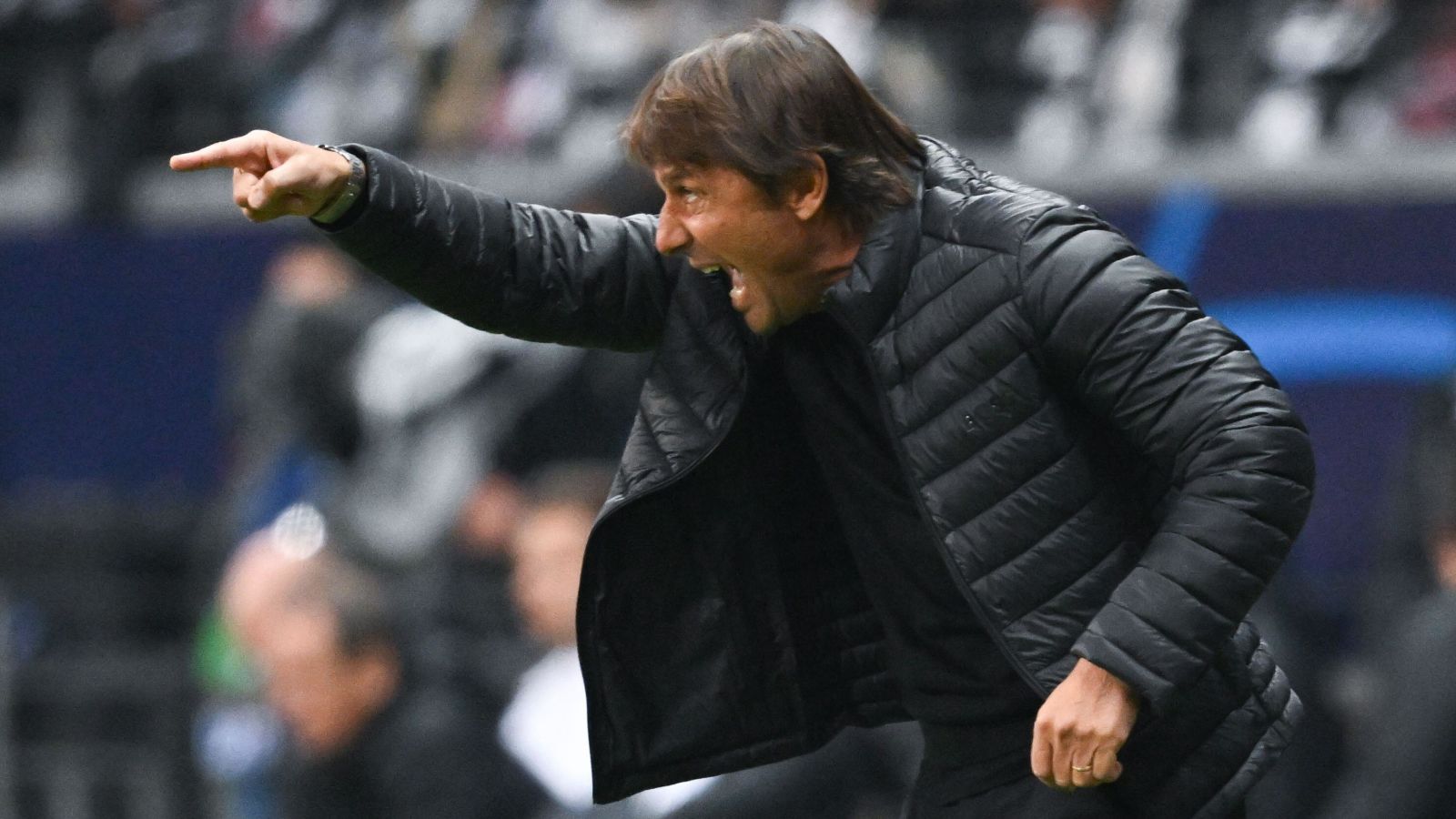 Spurs played adequately well and got a reasonable Champions League point in Frankfurt. It’s just hard to see where it gets them.

Tottenham’s goalless draw at Eintracht Frankfurt was a curious thing.

It was in essence a game that highlights the danger of judging purely on outcome. We were quick to wonder whether Spurs’ 6-2 win over Leicester a couple of weeks ago was actually a bit shit, and it is therefore only fair to acknowledge that what was, on the surface, a fairly drab goalless draw in a very winnable game, actually offered a semblance of something.

Spurs’ defensive display was near-faultless, Eintracht restricted to really just one presentable chance across the entirety of the game. After the mess at the Emirates on Saturday, that is an improvement both welcome and worth noting.

And, unlike previous examples of Spurs failing to find a breakthrough under Conte or Nuno or Mourinho, this was not a stalemate where Tottenham were unable to create anything for or through their attacking players; they just couldn’t make those chances count. On another day, on most days, Kane or Son or both would score one of the chances that came their way.

This was not a bad performance and certainly not a disastrous result in a European group that always had the look of one where all would be decided on the final day and now even more so with three points separating top from bottom at the halfway stage. With two home games to come, Spurs should still be okay.

It wasn’t anywhere near enough after the weekend, but if Spurs win that game 2-0 through goals from Son in the first half and Kane in the second nobody is describing it as lucky. Indeed, the talk would be of a professional job well done on a banana-skin European night when the wounds of Saturday could have been opened further.

In truth this performance was no better or worse than any of those on the run-in that snatched fourth place from Arsenal last season. The differences are in the margins, in the confidence or otherwise of Son, the presence or otherwise of the composure and vision of Dejan Kulusevski.

Antonio Conte may have been unduly stubborn in sticking to the same XI that befouled the NLD bed in such noisome fashion, but he was at least rewarded with the sort of solid performance he would have expected there.

But as with Saturday it was a game that raised the question of what, precisely, the point of all this is. What, precisely, Spurs and Conte are trying to achieve together. On Saturday it was the defence that let the team down, on Tuesday night the attack. On other occasions the blame for a sub-par performance has and will again lie in that oft-overrun midfield.

The specifics may be different, but the outcome the same. And with it all the nagging suspicion that Conteball requires a level of precision and perfection on a consistent basis that lies beyond Spurs. And that above all Conte will not be around long enough to change that.

So again: what really is the point of it all?

Spurs have lots of very good players and a handful of truly excellent players. Of those excellent ones – Son, Kane, Romero – it would be fair to say none have been at their very best yet this season. There is room for this Spurs team to be better under Conte, and what they have churned out thus far has nevertheless taken them to third in the league and a reasonable position in their Champions League group.

When enough of the good players do good things and the proven excellence of Conte’s system holds, Spurs will batter some teams. What they have done already this season to Southampton and Leicester they will assuredly do to others. The point burgled at Stamford Bridge by sheer force of will also surely be no one-off.

Spurs remain a hard team to stop in full flow, and a hard team to beat even when demonstrably struggling. They remain probable top-four finishers and likely qualifiers for the Champions League knockout stages.

But… so what? They won’t win the Champions League. And most importantly, while finishing in the top four is fine enough for a club like Tottenham, it is no more than a means to an end for a manager like Conte.

We saw this in the aftermath of last season. While the club and its supporters rightly celebrated the achievement and particularly enjoyed that it came at Arsenal’s expense, it quickly became clear that far from securing Conte’s future at the club it served merely as a prerequisite for him even to consider it.

How long will he be content with top-four scraps, and what chance is there that Spurs could push for more?

In the present Premier League reality, the answers are surely ‘not long’ and ‘almost none’.

Which is what gives Spurs this curious transitory feel. They are not flying high but clearly nor are they a club in crisis. What they are is a club currently without identity, without clear purpose.

If there was any belief or expectation that Conte might be there for the next five years, there would be no problem. If Spurs were where they are in the first year of a five-year plan, then they would be ahead of schedule. And whatever happens Conte is going to leave Spurs far better placed than he found them.

But he will leave them. And it will probably be relatively soon, and then Spurs will be starting again. Again. And, crucially, everyone inside and outside the club knows this. You don’t even really actually need managers to stay for five or six or seven years; you just need everyone to be able to see it as a possibility.

As it is, Spurs are in an unwinnable race to be good enough fast enough to keep Conte interested. And even winning that unwinnable race may not be enough, given his track record.

Conte is not blameless.

He will reasonably argue that he coached a performance on Tuesday night that should have been enough to win the game. But he is still asking more of his players than his players are capable of delivering.

It’s up to him as manager to acknowledge that reality. Conte’s success has often been born of bending squads and sometimes it seems the universe itself to his will. But sometimes it really is quite clear that you can’t just put Hojbjerg and Bentancur in the middle of the pitch against three players every single game and expect to keep getting away with it, for instance.

Spurs fans growing weary of Conte’s football, which in every possible way is really hard work, and of his ever-dwindling circle of trust that sees the same starting XI being thrust into game after game, may bristle at the suggestion that he is a level above them. But he is. Conte is an elite, league-winning manager at a club that hasn’t won the league in over 60 years.

There are almost certainly still some good times ahead for Conte and this Spurs team, but the ending already appears inevitable and really quite close at hand.