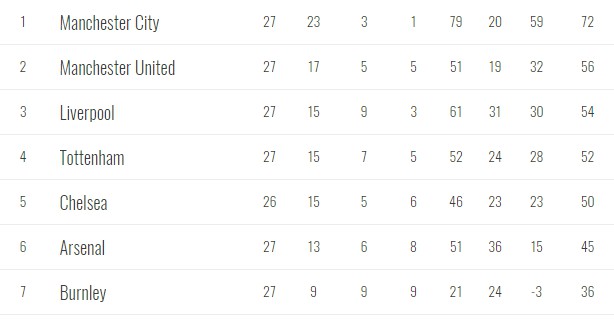 Golden shower
Some mornings Mediawatch is a grind and those mornings are easy to spot a mile away – we start getting angry about clickbait headlines like an old man shouting at the clouds.

On other mornings we start reading an article (in this case from Neil Ashton in The Sun) and we are laughing uncontrollably by the end of the third sentence. On those mornings we thank some kind of Mediawatch god, crack our knuckles and start typing.

‘EVERY once in a while, English football enters a golden age.

‘At this rate, in years to come, everybody will want to say they got to watch Tottenham live.’

1) This Tottenham side are fourth.

2) This Tottenham side are 20 points behind champions-elect Manchester City.

3) This Tottenham side have won absolutely nothing.

4) This Tottenham side are fourth.

5) This Tottenham side needed two games to beat Newport County.

6) This Tottenham side have recently drawn with both Southampton and West Ham.

7) This Tottenham side are fourth.

Meanwhile. Tottenham are fourth. And could even go fifth if Chelsea win on Monday evening.

‘They are the real deal. It is something special, something the Premier League should cherish, encourage and embrace.’

‘They are irresistible at the minute.’

They are also fourth at the minute.

‘If this had ended up five, six, seven, eight, Arsenal could not have argued.’

And if Alexandre Lacazette had taken just one of his two late chances, it would have ended 1-1 and Tottenham could not have argued because that’s how football works.

…which actually went to Petr Cech, but probably should have gone to Mousa Dembele.

‘Dele – and what a week he has had – was sensational.’

No, sorry but he wasn’t. As ESPN noted in their match ratings, he is ‘still not at his very best’. But do carry on…

Ashton does indeed carry on but we will jump to his final line because there simply aren’t enough hours in the day:

‘Go and watch this Tottenham – while you still can.’

Where are they going? Is this Golden Age only due to last a few months? It doesn’t feel just like Shankly’s Liverpool.

Demolition derby
Elsewhere from Neil Ashton in The Sun: ‘IT FELT like you were watching Barcelona playing against Espanyol. A derby, yes, but all a bit manufactured, given the dominance and superiority enjoyed by Barca down the years.’

A question answered
This is what happens when you send a Liverpool fan to watch his beloved Reds rack up a routine victory over Southampton on Sunday. Darren Lewis writes in the Daily Mirror:

‘CONTRARY to popular belief, the Player of the Year award is far from a foregone conclusion for Manchester City’s Kevin De Bruyne.

‘How can it be when Mo Salah continues to pile up the goals and assists like this?’

Because that’s not how it’s decided. Hence why N’Golo Kante won last season and Harry Kane did not.

For me? No
‘Staggering amount of money Roberto Firmino earned by scoring and assisting in Liverpool’s win over Southampton’ – Daily Mirror, February 12.

The first paragraph of that ‘story’ from May reads: ‘Liverpool star Roberto Firmino has landed a staggering £1.1million in bonuses alone this season, it has been revealed.’

Guys. Why are you still staggered by this?

Warning: Live without warning
Back page of The Daily Mirror: ‘JURGEN KLOPP saw his Reds cruise to victory at St Mary’s and then warned Jose Mourinho: We’re coming for you.’

Back page of The Sun: ‘JURGEN KLOPP has warned Manchester United: We’re coming for you.’

Actual quotes from Jurgen Klopp: “I didn’t know United had lost before the game but we know we’re not far away.”

‘JOSE MOURINHO is planning to sit down with Anthony Martial to give him assurances over his Manchester United future.

‘The French winger has seen his position on the left-hand side taken away by Alexis Sanchez in the last four matches.

‘He has been shunted out to the right, before being dropped for Scott McTominay against Huddersfield two weeks ago.’

One man’s ‘dropped for Scott McTominay’ is another’s ‘rotated for Juan Mata three days after he played the full 90 minutes against Tottenham, half of which were on his favoured left’.

‘FOOTBALL fans were left stunned this afternoon when a footballer exposed his penis to millions of viewers watching the game.’

Somebody at the Express website has seriously overestimated how many people watch Huddersfield v Bournemouth on BT Sport.

Try dozens. All stunned. (Because it was massive)

Anatomy of a transfer story
‘Exciting transfer news: Journo confirms LFC want to ‘break the bank’ for 21-year-old DMC’ was the headline on Empire of the Kop on Monday morning. Who doesn’t like ‘exciting transfer news’? Well not Mediawatch when it’s a load of old genitals.

The reports have come from Nigeria and Wilfred Ndidi is Nigerian, so we are conditioned to believe that there may be some truth in this claim. Bring him on. He is rather good at tackling and running around and sh*t.

We go to the New Telegraph and they seem pretty certain, their headline declaring ‘Liverpool to break the bank for Ndidi in June’. Nailed on.

And then we read on as far as the end of the second paragraph and learn:

‘According to reports in England which was monitored by our correspondent, Klopp views Ndidi as an excellent addition who offers something that no-one else at the club can do.’

Ah, so the Nigerian journalist who ‘confirmed’ that Liverpool want to sign Ndidi has actually just read about it in English reports. Oh.

But maybe those English reports come from Paul Joyce, Dominic King or somebody else with excellent Liverpool contacts?

Well, no. They actually come from a football news bunny on the Express website who shamelessly pens a headline of ‘Liverpool to move for Leicester City midfielder Wilfred Ndidi in the summer – report’.

He does sound awful sure in his opening paragraph…

But then we come to the sixth…

‘And Website Rush The Kop claim a deal could be in the pipeline.’

Oh. And off we go again to a website that had entirely escaped Mediawatch’s consciousness prior to this fine Monday morning.

Their Friday headline? ‘Liverpool could look to Nigerian international for summer transfer.’

Well they could. But only if it is ‘confirmed’ by a top Nigerian journalist.