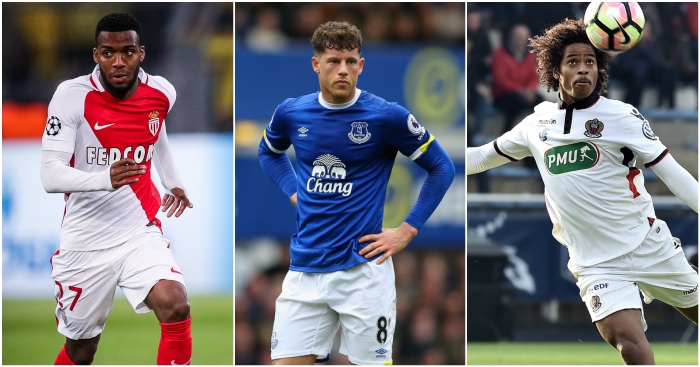 Georges-Kevin N’Koudou admitted that he “wasn’t strong enough mentally”. The winger, then 21, was signed for £10.9million. “It was difficult not to play,” he would add, having featured for 323 minutes in all competitions.

By Moussa Sissoko’s own admission, he “was not expecting such a low playing time”. The midfielder, then 27, was signed for £30m. “I never thought I would play all the time,” he would add; he was afforded the equivalent of 14.5 games.

Vincent Janssen conceded that he “found it difficult with my role as a substitute”. The striker, then 22, was signed for £17m. “I learned to deal with it,” he would add. “As a young player I had to compete with Harry Kane.”

It was a competition as one-sided as any match against Stoke over the last two years. Aside from Victor Wanyama, Janssen fared the best of any of Tottenham’s five signings last summer in terms of receiving game time. His 1,351 minutes places him 15th in a list of the club’s most-used players in all competitions in 2016/17.

“I want the prospect of more playing time,” Janssen declared in that interview earlier this summer, “but otherwise I’m now better keeping my mouth shut”.

The Dutchman signed a four-year deal 12 months ago, and Tottenham have shown little desire to sell him. Stuck between a rock and a hard place, the temptation must be to cross the line in public so as to force the issue; the reality is that he must toe it.

The Dutchman encapsulates the quandary facing those who might consider following in his footsteps this summer. While he lamented the fact that he “had to compete with Harry Kane” for opportunities, any prospective signing in defence will look at Toby Alderweireld and Jan Vertonghen and echo similar sentiments; any midfielder linked with a move will wonder whether any of Wanyama, Eric Dier, Mousa Dembele, Christian Eriksen or Dele Alli can feasibly be displaced.

If N’Koudou, Sissoko and Janssen were intended to clear the way to the first team, they have left more debris obstructing that path than ever before. Pochettino spent a combined £57.9m on the trio, none of whom even threatened to force a permanent selection dilemma: they started a combined 15 Premier League games.

Arsenal (Sead Kolasinac and Alexandre Lacazette), Manchester City (Bernardo Silva and Ederson), Manchester United (Victor Lindelof) and Liverpool (Mohamed Salah) have all already signed players fit to slot straight into their respective starting XIs, with more still to come. Chelsea won the Premier League by a comfortable margin, yet are pursuing Tiemoue Bakayoko, Alex Sandro and Romelu Lukaku not as substitutes, but as bona fide first-choice players. Tottenham are a unique entity in the Premier League: a club not seeking to make transplants but perform minor corrective surgery.

The club’s Premier League peers have been linked with long lists of targets, but rumours surrounding Tottenham’s interest in players are far more difficult to come by. Adrien Silva has been linked, but is a rumour born out of mistranslation and confusion. Josh King, Vincent Marcel, Ross Barkley, Thomas Lemar and Suso are the five most regularly mentioned, but none are likely to relish the challenge of competing for first-team places rather than being automatically granted one. At Barkley’s quoted price of £50m, where does he start?

The respective ages of that quintet are no coincidence. At 25, 20, 23, 21 and 23, each fit the bill of Mauricio Pochettino perfectly. The manager wants young, inexperienced, raw talent.

“That is the reality,” he said in May. “You need younger players, like Dele Alli, who preferred to come here rather than go to another club. We took a big risk on him and now he is a massive player, one of the most important in England. But who took the risk? We did.”

The chances are that Tottenham will have to take a similar risk this summer. The impatience and frustration of a certain section of fans at the club’s perceived inactivity is understandable. While most other Premier League supporters are able to indulge in the novelty and excitement of a new signing, Tottenham are one of just two sides yet to sign anyone in this transfer window. The other, Crystal Palace, only recently appointed Frank de Boer as manager. Spurs have no such excuse.

Yet nor do they need one. Pochettino is justified in trying to balance the desire for signings with the need to retain an existing core of young players. Any new arrivals will be squad members first and foremost, providing competition and back-up until and unless they can prove themselves worthy of more. Tottenham’s starting XI is a closed shop, and only part-time cover staff are required.

N’Koudou, Sissoko and Janssen all spoke of their desire to challenge for first-team places when they joined Tottenham; they now serve as reminders that not only reaching that brass ring but holding on is a thankless task.

Spurs must persuade prospective signings that a settled starting XI can be broken by those who are good enough, but they will start on the lowest rung of the ladder instead of the highest. To that effect, they are playing a different transfer game to everyone else.