Home All The News Spurs are still ‘together’ in supporting Mourinho, says Moura 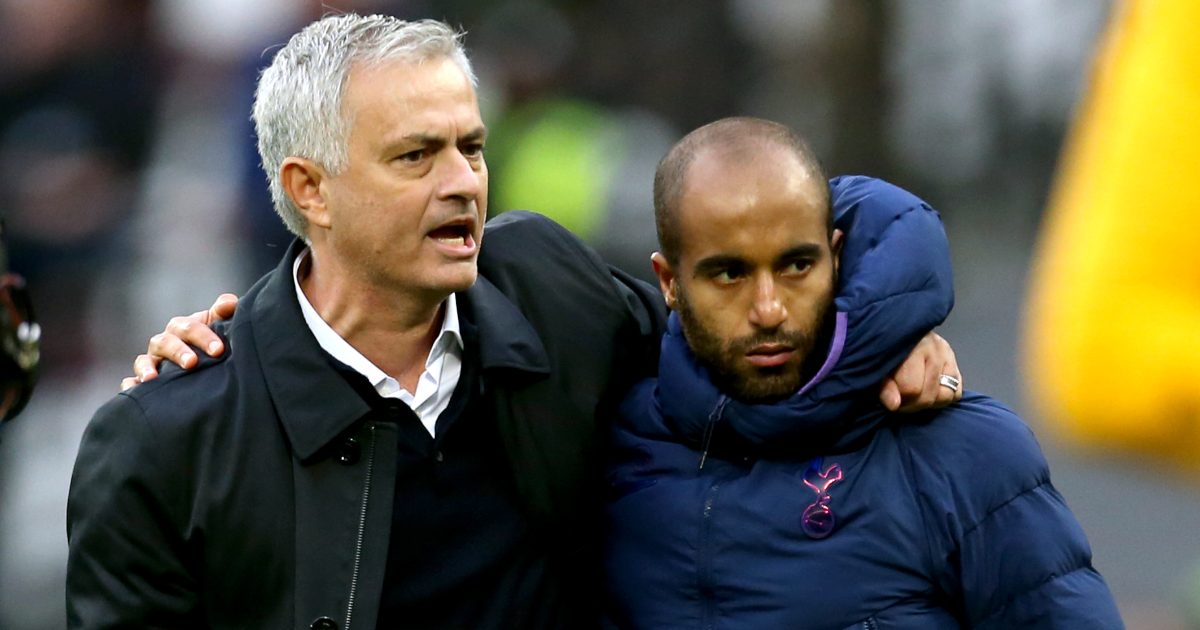 Spurs attacker Lucas Moura has insisted that the whole squad is still behind Jose Mourinho despite there being mounting pressure on the manager.

Tottenham suffered a shock exit from the Europa League at the hands of Dinamo Zagreb last week. They lead 2-0 on aggregate but a superb hat-trick from Mislav Orsix earned their opponents a 3-2 victory.

Mourinho’s side bounced back from this embarrassing defeat with a win over Aston Villa on Sunday. Carlos Vinicius and Harry Kane got on the scoresheet as they won 2-0.

FEATURE: Mourinho could *still* have the last laugh in this stupid season

This victory moved them up to sixth in the Premier League and they are now three points behind fourth-placed Chelsea. In an interview cited by 101 Great Goals, Moura suggested that his teammates are keen to finish the season strongly:

“It’s been a very bad week for us, the feeling was very bad. Last night, we showed our nature, we showed attitude.

“The good thing about football is you don’t have time to cry. We did differently last night, we deserved that win and I’m very happy for that.

“We talked about [the Dinamo] game. The manager told us a lot of things, but the kind of things we need to keep between us. He has a lot of experience and he tried to motivate us, and it was very good for last night’s game.

“Let’s go. We have nine games to play, we have a final (the Carabao Cup), let’s finish the season well. There was a lack of a lot of things [against Dinamo — a lack of intensity, a lack of aggression. It’s difficult to explain, of course, and after the game we regret a lot of things. But we had another opportunity and we did well. And that’s what we need to do, every game. We cannot change this mentality.

“We are all together. We’re in the same boat. We lose together, we win together. What happened in Croatia was our fault. Everyone included. When we’re on the pitch, we just want to win. We know there are a lot of fans behind the TV supporting us.